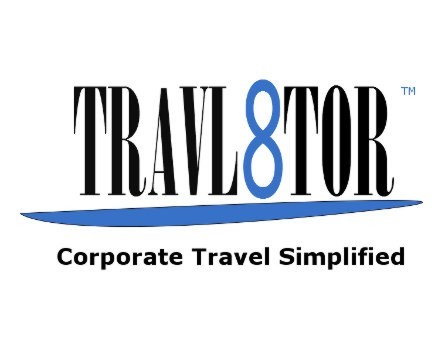 From his Hobart home he’s brought together developers in Pakistan, website backend expertise from Israel and a flights wholesaler in India.

Pakistan and India have battled over the Kashmir region for many years, while Pakistan’s passports say they are valid for all countries except Israel.

Despite the tensions between the countries, Thomas, who works in software sales and business development, says “people are people” and the people he works with aren’t interested in politics.

“Politics is for politicians,” he says.

Thomas has been working on Travl8tor, a travel management and booking tool for small and medium-sized businesses, for the past two years and recently won a pitching advice webinar run by international accelerator Founder Institute and co-hosted by StartupSmart.

“I like the business a lot,” Founder Institute chief executive Adeo Ressi said of Thomas’ pitch for Travl8tor. “This is a real issue.”

Thomas, 37, says the idea for the business came to him when reading an article that interviewed a human resources manager who said the biggest issue they faced was travel management for their employees.

“I got to thinking that seems an easy problem to fix from a software basis.”

After discussing it with his brother, a sales manager at a mining company, whose reaction to the idea confirmed for Thomas that “it has legs”, he set about writing up a business plan.

A key weakness, however, was that he didn’t know anything about the travel industry.

That was overcome as he researched the subject and came across an Israeli start-up that developed backend platforms for travel agents and websites and helpfully sent him a document titled ‘So you’ve decided to create an OTA’ [online travel agency].

“Once I had that the pieces began falling into place.”

Thomas has secured travel product suppliers that can offer 200,000 hotels around the world, 900 airlines and car rental in 193 countries.

Travl8tor works by providing a platform for businesses to manage travel bookings. Businesses can set budgets and company travel policies which are applied whenever staff book travel.

Thomas says motivation for working on Travl8tor is “easy”.

“It’s my idea, it’s something I can see, I know what it can potentially be,” he says, adding he’s bootstrapped the business and spent around $20,000 building it so far.

The biggest problem he says he faced was thinking too long about the idea. “You’ve actually got to do it,” he advised other start-up entrepreneurs. “You’ve got to follow through.”

Thomas says the thinking reinforces the theme that customer service is key and that customers generally want to pay less.

He also advises that start-ups have a “good lawyer” on board as early as possible to help navigate legal issues such as trademarks, supplier agreements and patent applications.

While Ressi liked Travl8tor’s idea, one thing he didn’t like was the name.

Thomas says he’s open to suggestions and wouldn’t rule it out.