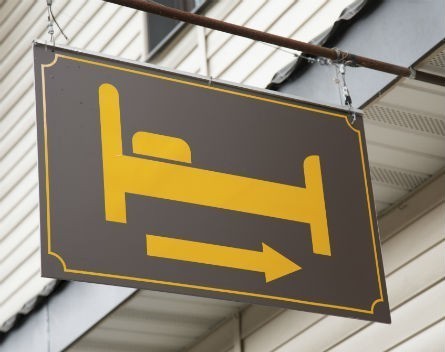 Peak bodies in the hotel and accommodation sector are calling for governments at all levels to regulate the so-called “sharing economy” on the same day accommodation aggregator and review site TripAdvisor told its members they can now advertise their spare rooms on the site.

In a move that is being interpreted as a bid to take on Airbnb, some members of the TripAdvisor community received an email on the weekend with the headline: “Rent out your space on TripAdvisor”.

“Turn your home, spare room or vacation house into a goldmine,” TripAdvisor said.

“Advertise it for free today and reach millions of paying guests waiting to book.”

The email links out to FlipKey, a vacation rental site owned by TripAdvisor, where users are told they can make up to 3% per booking.

More than 1.4 million Australians now log on regularly to TripAdvisor and the site holds 19% of the local market for online travel.

It comes at the same time as peak industry body Tourism Accommodation Australia (TAA), a division of the Australian Hotels Association, has called on all levels of government in Australia to take a co-ordinated approach to regulating the accommodation sector to help stymie some of the negative affects on small and medium accommodation providers.

Carol Giuseppi, acting chief executive of TAA, told SmartCompany this afternoon, the movement of TripAdvisor into the same territory as Airbnb has important ramifications for the industry given its size and popularity.

But Giuseppi says it is important to remember the “sharing economy” is even bigger internationally and Airbnb and now TripAdvisor are just two of the players in the space.

“You have Home Away and Roomorama too. These are very profitable models, they’re not just some little backyard business.”

Giuseppi says several international studies have shown the rise of Airbnb and similar services has corresponded with “explosive growth” in short-term rentals by individuals. But she says the same studies have shown commercial landlords of multiple-unit, non-residential dwellings are also taking advantage of the platforms.

“They account for a large percentage of listings, in some cases over a third,” she says.

“It becomes a business for them but they are flying under the radar of actual businesses.”

And Giuseppi says it’s the smaller operators in the accommodation sector, including the owners of small motels and hotels and serviced apartments, which wear the biggest financial impact.

“It makes sense because these people are usually looking for a small, localised experience,” Giuseppi says, pointing out the impact is not just on hostels as most people assume.

According to Giuseppi some operators taking advantage of “sharing economy” platforms are also failing to comply with safety regulations, taxation requirements and public liability insurance obligations.

“It has a significant impact on the economy,” she says.

“We don’t mind if people are renting out their rooms short-term but we are concerned about non-residential, commercial landlords who are making a business out of this.”

TAA has made submissions to state and federal governments, asking for legislation to be introduced that would require all rooms rented out on a commercial short-term basis to be formally registered.

But Giuseppi concedes that is “a way to go” as developing a national regulatory framework would mean ensuring multiple pieces of legislation work together.

SmartCompany contacted Airbnb for comment but did not receive a response prior to publication.