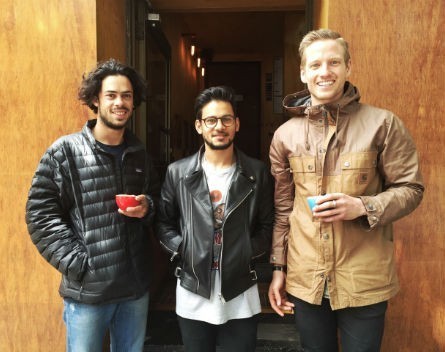 A Melbourne-based startup wants to help millennials find the best places to eat in their local neighbourhood through the medium they know best: video.

The Hood Food Guide will be a web series of videos featuring chefs and food experts showcasing their own neighbourhood and the best spots to go. It will also incorporate a locations-based app to help the youngsters find the best local restaurant.

Hood Food Guide co-founder Tom Nijam says there’s currently no other video content out there catering to this need.

“There’s no engaging food video content for us,” Nijam says.

“The people producing videos are making shows for the older crowd for yesterday’s needs on forgotten platforms. For the millennial market video is the crown. No one is engaging or entertaining millennials in one of the most captive markets: food.

“People are leaving in droves and going to digital.”

Complementary rather than combative

The startup is in a pre-launch phase, but will soon be rolling out a ‘first season’ of video content, featuring five episodes focusing on a different suburb. It’ll all be online with snippets posted to social media then directing back to the main website.

Food recommendation platforms are rife, and while the market is huge, so too is the competition. Hood Food Guide is trying to achieve the same end result as the likes of Zomato or Broadsheet – helping users find somewhere to eat – but through a different method, with personalised, curated videos rather than user ratings and reviews.

Nijam says he thinks this platform can work effectively with the existing players.

“Rather than be competition, we’re more complementary – we’re building on the industry,” he says.

“People come to them for one need, and they’ll come to us for another need. Those sites are fantastic but we’re offering something different.”

The one to five-minute videos will feature a chef or expert showing viewers around their local neighbourhood, introducing the best places to eat and will also showcase the locals and general atmosphere.

This expert-touch is what will set the Hood Food Guide apart, Nijam says.

“Who would you listen to first: Colleen that doesn’t work in food but eats out a lot and posts a lot of reviews, or Karen that’s spent 30 years cooking and experiencing food, and she lives around the corner from you?” he says.

“Colleen’s good, but Karen’s great. The other options are user-generated content. They’re fantastic and they work, but this might work better.”

The initial idea came from Nijam and his fellow co-founders continually looking for new places to eat, and being left unsatisfied by the current offerings.

“My mates and I always spend too much time browsing when we’re hungry. We’re all time-poor and we were looking to speed up the process,” he says.

“There’s too much information out there and when we were hungry I’d search for close places and go through pages and pages of results without any inclination of where to go. We’d only choose ones we’ve heard of before so we’d go to the same venues time and time again.

“The idea was created for us, but we’re in a pretty big market.”

The videos will be rolling out in the coming months, and Tourism Victoria has already come on board as a sponsor of the startup.

It’s all been bootstrapped by the team of five founders apart from this undisclosed contribution, while the startup will be monetised through other sponsorships and advertisements on the site.

Nijam says they’re using Melbourne as a prototype of sorts before looking to expand across Australia and even internationally.

“We want to focus on the Melbourne foodie market and create a really nice blueprint for what solves people’s problems the best and how to engage them,” he says.

“If it does work well for Melbourne, we could have a Hood Food Guide in almost every major city in the world as a place for travellers to visit to find the best places to eat.”

While Nijam acknowledges that expansion will inevitably slowed by the need to have a film crew in each location, he says this will be solved by the team’s existing contacts, as well as support from the foodie community.

“The real strength of the idea is our network,” Nijam says.