Twentysomething startup founders in the minority – but why? 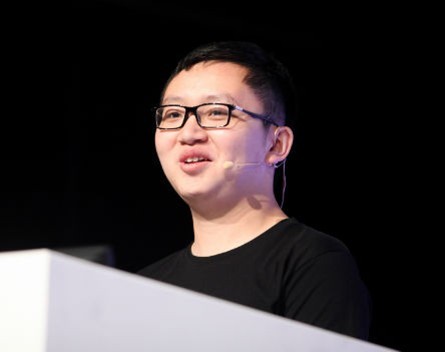 While the young entrepreneur launching a multi-million-dollar enterprise from his or her parents’ garage is a startup cliché, in Australia young entrepreneurs like 20-year-old CoinJar co-founder Ryan Zhou are actually in the minority.

Zhou credits the AngelCube program with teaching him many of the skills required to run a business.

“I co-founded CoinJar after meeting [cofounder] Asher [Tan] in May 2013 – I was not even 19 at the time – and we were accepted into AngelCube soon after,” Zhou says.

“I did not have much experience in how to run a successful startup, so at AngelCube I learnt about things like fundraising, product design and business development. Then in late 2013 we raised $500,000 in a funding round, led by BlackBird Ventures,” Zhou says.

Zhou, who is studying full-time in addition to running CoinJar, says this lack of experience is a key factor holding back many of his friends from launching startups.

“There’s a few of my friends at uni who want to launch a startup, but they think they don’t have the experience to meet all the challenges. So instead they’ll graduate with a job and then, maybe, start one in a few years’ time,” he says.

“I think passion is extremely important. If you’re only in it for the money, it’s hard to be motivated to do what you can do. I’ve got a huge passion for technology and the internet and studying finance at university. So bitcoin combines what I’m studying with something I’m passionate about working on in my spare time.”

While CoinJar is best known as the startup that introduced Australia’s first bitcoin Eftpos card, it has over recent months also introduced a hedged bitcoin account service and a mobile app for iOS and Android.

It was Zhou’s passion for his startup’s end-to-end digital currency products that helped CoinJar take out the best in show prize last month at one of Europe’s largest fintech conferences, FinovateEurope 2015.

“A CoinJar hedged account is a product for everyday consumers who want to store money on the internet. The consumer might be interested in using bitcoin, but be concerned about volatility in the price,” he says.

“With a hedged account, if you deposit $A300, the value of bitcoins in your account will be pegged to the Australian dollar and will be worth $A300 whether the price of bitcoin goes up or down.

“CoinJar Touch is our mobile app for the Google Play and Apple app store. It lets you manage all parts of your CoinJar account from your mobile, so you can put money into your Hedge Account and move money into Coinjar Swipe.

“So we presented a real world case study where I paid Asher for a flight – that’s a pound sterling to Australian dollar hedge account transaction. We then demonstrated how to move that money to Coinjar Swipe – and won the best in show award.

Looking forward, Zhou is keen to expand Coinjar internationally, after relocating to the UK late last year. It has recently hired its first full-time employee at its UK offices in the London financial district of Canary Wharf.

“My advice to students wanting to launch a startup is to learn as much as you can, read about your industry, and gain expertise as well as experience.”