Growth, How I Did It, IT, Local, Sales & Marketing, Website Strategy 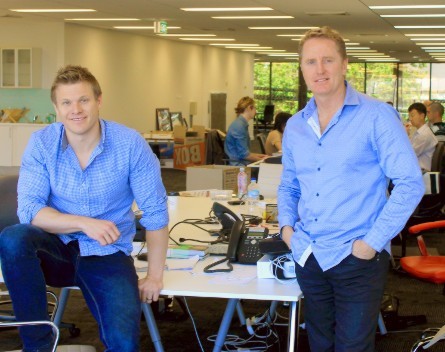 One-year-old social media aggregation and curation platform Stackla has been announced as one of Twitter’s technology partners.

They will work with the social media superpower on a series of projects and are listed as one of Twitter’s recommended web visualisation tools.

Launched in July 2012, Stackla curates disparate online conversations for clients about events from sport events to TV programs. They have worked with SBS on its Tour de France coverage, Qantas, Myer, Telstra and the NRL.

Co-founder and chief executive Daniel Mahoney told StartupSmart they had begun to work with Twitter last year in San Francisco.

“This has blown us away. When we first started talking to Twitter that was a huge boost for us, and to actually become a tech partner is a real validation of what we were doing. The company is so young, and many of our more established competitors are also tech partners so this is an amazing milestone for us,” Mahoney says.

While they’re still working out the details around their first joint project, Mahoney says it will be in partnership with Twitter  reaching out to media and event clients here.

“It’s a validation of the Australian Twitter market, and our start-up scene. The fact they’ve partnered with us underlines the importance of both,” Mahoney says. “We’ve struggled to get awareness in the market as we’re so young, and this should help.”

In a statement, Twitter Australia’s director of media partnerships, Daniel Keens, described the partnership as an essential one, given Stackla’s ability to take real life conversations at events onto the platform.

“We know that TV and events drive huge volumes of Twitter conversation and that conversation drives tune-in to TV. It’s great to see this Aussie start-up exploring integrated social TV and event products. They understand this space and the mechanics of using Twitter to create richer companion experiences,” Keens said.

Stackla, based in Sydney, has clients across Australia and increasingly abroad in the United Kingdom, United States and South Africa.

“We’ve had some interest from local investors but our focus has really been on building a sustainable and profitable business,” Mahoney says. “We see some fantastic opportunities in the Asia Pacific region, but Stackla is also receiving strong interest from the US and European markets.”

Update: This story has been updated to reflect Stackla is Twitter’s second Australian technology partner. Trend analysis and mapping start-up iTrended is also a partner.