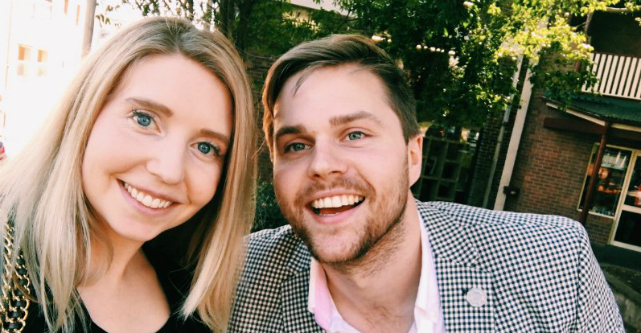 Queensland is the second largest geographical state in Australia, with flourishing startup ecosystems peppered throughout.

Now is the time to check out the startup activity in Queensland’s biggest city, Brisbane.

But where to begin?

A startup ecosystem consists of many different stakeholders (that’s why we’re not just capturing startup founders in Startup Muster 2016), but it’s always nice to go where the startups are.

This jumping off point led me to BlueChilli’s Brisbane accelerator, founded in January 2016 and sharing a building with CCIQ.

Brett Geoghegan, BlueChilli’s Brisbane chief has only recently returned from living in the Valley. I ask him if it’s even possible to compare the cities and one thing he noted is the Brisbane weather is much better. He’s right, it’s the middle of winter and it’s 24 degrees, nice.

He introduces me to a few of the startups and no 60 second pitch about Startup Muster is needed – they all know it.

Jock Fairweather at Little Tokyo Two is also a man you need to meet when you’re in Brisbane. LT2 started off 18 months ago as a co-working space and restaurant. Now it’s expanded to two more locations, is continuing to grow and is working closely with the startups it houses to make sure they are supported.

A co-working space with a startup concierge like service. Jock cares about building amazing tech businesses in Queensland.

It’d be remiss of me not to check out River City Labs while I’m in Brisbane. Like the rest of the community I follow RCL, Steve Baxter and Aaron Birkby on Twitter, but you really just have to check it out.

Peta Ellis shows me around the space and we say hi to Aaron. It turns out Peta and I will be at the same workshop in a couple of days, so I keep the visit short. She’s a busy woman and I know we’ll have some great chats about RCL and the Brisbane ecosystem later in the week.

But what about all the other activity?

Brisbane is home to two universities QUT and UQ, both actively engaged in the development of entrepreneurial skills, engaging and enhancing startups in the community and tech transfer.

I connect with QUT Creative Enterprise, an entity that helps start, grow, scale & connect creative industries companies. Anna Rooke takes me on a tour of Creative3, its co-working space the Coterie and fashion accelerator.

We then head to a session that Shelli Trung, one of Australia’s best and most well known angel investors, is running all about how to approach investors. Anna and Shelli are generous in allowing me to give a quick intro about Startup Muster 2016 and Shelli is thrilled to know that she and the rest of the investor community can take part. After all, investors love numbers.

UQ is known for its longstanding commercialisation company UniQuest. It pre-dates a lot of university tech transfer facilitators. The establishment of iLab Accelerator the accelerator and coworking space continues to operate and is investing in community engagement and skills development throughout Queensland. Bernie Woodcroft shows me around the space, we chat with more startups and I continue to be amazed. Good stuff!

Aren’t you missing something?

Queensland is showcasing itself as a startup state and this is made clear through the initiatives and engagement of both state and local government, as well as the hashtag #startupstate.

A meeting with Brisbane Marketing highlighted what many public and private entities have said, that they welcome having statistics about the startup ecosystem (yep Startup Muster can help with that).

Similar sentiments were reiterated during a meeting with Advance Queensland.

While I’m in Brisbane Advance Queensland welcome the first recipient of the HotDesQ program, originally London based startup Timelooper. Leeanne Enoch MP, the minister for innovation, science and digital economy welcomed them in the Coterie space at QUTCEA.

So I’m in Brisbane, I’m on Twitter and I’m a bit brazen. A few retweets, likes, friendly directed tweet or two about Startup Muster and soon enough I’m sitting across from Minister Enoch herself. This is a state minister who is committed and engaged.

I brief her on Startup Muster and the 2016 survey, most of which she already knows because, she has known about us for some time. What she doesn’t know is how we all adore stickers and that Sticker Mule is the go to sticker company, I won’t be surprised if we see some HotDesQ stickers floating around in the not too distant future.

Suddenly my 48 hours in Brisbane have come to an end.

It makes me sad, I want to stay, but I’ve got to catch that flight to Canberra. No doubt I’ll be back in no time, maybe snagging a community desk at RCL or LT2.