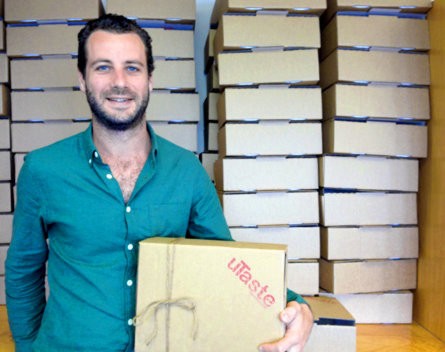 Subscription marketplace AgendaSelects.com is hoping to grow its two-man team and secure 1,000 merchants in four years, as it seeks to raise up to $1 million from Australian investors.

AgendaSelects, founded by Blake Hutchison, describes itself as Etsy for subscriptions. It allows brands to organise a subscription program by offering a subscription page that doesn’t require coding and has automatic billing.

Since launching in December, the business has signed 15 different brands and supports more than 300 paying subscribers.

The plan now is to grow from 15 merchants to 1,000 in four years. At this point, it is hoped the business will be generating annual revenue of $54.3 million or gross profit of $14.4 million.

In order to achieve this, AgendaSelects is seeking up to $1 million from Australian investors.

“In an ideal world, we’d get smart money, and by smart money [I mean] coming from somebody or someone or some group that understand the environment in which we’re working.

“In the last 12 months, there’s been a shift around subscription commerce, particularly in the US. We’re surfing the front of that wave here in Australia.

“While there are a couple of players in the case of bellabox or Lust Have It, no one’s arming existing great brands with tools [to do it themselves].”

“[Also, brands are] not actually being given the opportunity to delve into any deep customer insights or understandings. We provide that as part of the marketing service.”

AgendaSelects, which has formed a partnership with American Express, will initially operate in the Australian food, wine and beauty segments.

Hutchison says he would prefer to raise funds from Australian investors, at least initially, because the business is based in Australia.

“Once we have critical mass, we’ll certainly be looking to take the platform globally. We’ve already been discussing with brands outside of Australia who want to use the platform,” he says.

“From a funding perspective, it’s about seeking out Australian money [at this stage]. That’s easier said than done of course. Investors are few and far between.”

Prior to founding AgendaSelects, Hutchison did a six-year stint in San Francisco, where he worked at Lonely Planet and travel guide start-up NileGuide, so the prospect of raising additional funds in the US is certainly on the cards.

“The likelihood is we take a Series A round in Australia, build the business to a breakeven position and then look to expand globally,” he says.

With only one staff member to assist him, Hutchison is hoping the fresh funds will enable him to grow his team.

“Our overall focus is to drive as many new brands to the platform as we can. Part of the funding would go towards [hiring] two full-time salespeople,” he says.

“Those two full-time salespeople will be effectively to drive a total of 200 brands in the first year of operation.

“Part of the funding will [also] go through to technology improvements and iterations, which is to say we need a full-time, in-house developer.”