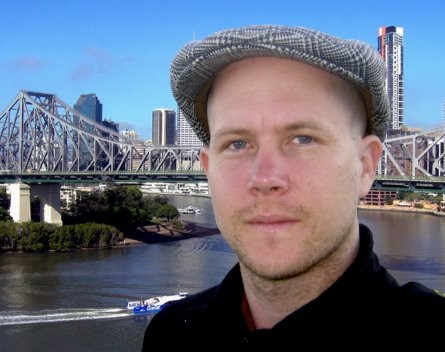 Crowley, who spoke to StartupSmart during his Australian visit in February, works with start-ups to improve their pitches. He has been involved in TechCrunch40 and the LAUNCH Conference, and is a co-host of This Week in Startups.

He has also advised the London, Santiago and Stockholm local governments on how to create successful start-up ecosystems.

Brisbane Marketing is a subsidiary of Brisbane City Council, which last month launched the Digital Brisbane strategy, of which start-ups are a major focus.

According to Crowley, stimulating an entrepreneurial culture is particularly important among young people who “have the ability to tackle high-risk but high-return opportunities before they find themselves on a career path with a mortgage and a family”.

“Any successful start-up ecosystem also needs access to early stage investment and a strong support network for entrepreneurs,” he said in a statement.

In addition to a limited appetite for high-growth entrepreneurship, Kinner says Brisbane – and Australia – is held back by a lack of experienced entrepreneurs who can advise new start-ups.

“There aren’t very many entrepreneurs who have grown globally. What we realised [was non-Australian industry experts] would speed up the growth of the ecosystem,” Kinner says.

“Tyler was the first cab off the rank. We have a list of people we’re bringing out over a number of years.”

While Kinner won’t reveal who is on the list, he says start-ups won’t be disappointed

“We certainly have some big names on here. The attributes of the people we bring out – they’re entrepreneurs, investors or people who are involved in building start-up communities,” he says.

“We [also] have a number of very well-respected authors and speakers on the topic of start-ups.”

Kinner says some of the visiting entrepreneurs hail from the west and east coasts of the United States, while Israel is another “very important part of the world for us”.

The aim is to bring out a visiting entrepreneur once a quarter.

Brisbane mayor Graham Quirk said in a statement the Visiting Entrepreneurs Program is part of a promise to support budding tech entrepreneurs through a range of start-up programs.

“We’ve already seen a number of great Brisbane successes like games developer Halfbrick – the maker of Fruit Ninja – and music discovery service We Are Hunted, which has been acquired by Twitter,” Quirk said.

“Our aim is to see more of these companies flourish.

“There is no reason Brisbane shouldn’t have its own companies like Instagram… Tyler Crowley’s visit is the first step in that direction.”