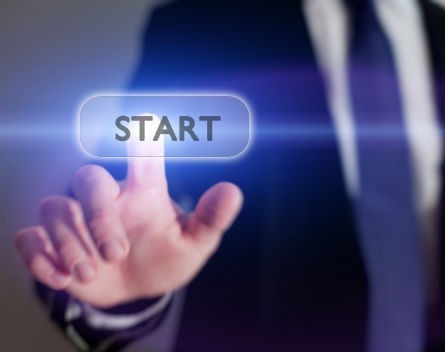 A thousand startups need to be created in the next two years if Sydney is to become a world leader in financial technology, according to the chief executive of online payments platform Tyro.

Serial entrepreneur Jost Stollmann told StartupSmart that while that number of startups may seem high, it is certainly possible thanks to the launch of the Tyro Fintech Hub and Stone and Chalk this year.

“Now is the window of opportunity,” he says.

“Think of the 20 million Australians who will be looking for new banking and financial services designed around their need for elegant solutions that can be used without effort, and actually with pleasure.”

Stollmann says initially few people thought Tyro could ever compete with the big Australian banks, however, today the startup services more than 12,000 small-to-medium businesses and is hiring eight engineers a month.

He says Tyro’s success should serve as a lesson to not underestimate the ability of fintech startups to carve out a customer base and push back against the dominance of the big four.

“I call on bankers, the best and brightest, who have these great ideas but cannot get them done where they are,” Stollman says.

“Leave your cosy corner office and give yourself a chance. Join the startup community, team up with techies, have a dream and deliver against all the odds. Prove all those sceptics wrong. If we are going to catch up with the Londons and New Yorks of the fintech world, we need the 1000 startups in the next two years.”

Toby Heap, co-founder of Sydney fintech accelerator H2 Ventures, says it is entirely possible for 1000 startups to be created in Sydney over the next two years.

“Just from the number I get applying to our accelerator – and they are all generally fintech startups – each intake we’ll get well over 100 applicants,” he says.

“And that leads me to think if there’s just that many applying to us there must be a lot more out there that aren’t. The great thing about these hubs is it brings it all to the surface – all of these people working on fintech come out of the woodwork. The joining together of people working in this space will only accelerate how quickly those people get traction… and it will also lead to other people saying if they can do it I can too.”

Whether or not 1000 tech companies are created in Sydney in the next few years, Heap says it is imperative that industry and policy makers focus on fintech before another hub in the southern hemisphere beats us to it.

“Sydney should be focusing its tech innovation on some key areas that we’ve got natural advantages in, of which financial services is obviously one,” he says.

“That’s not to say you can’t have innovation outside those areas but you’ve got to play to your strengths. And we have an opportunity to establish ourselves as the number one fintech centre in the Asia region… but the time is now to grab that by the horns because Singapore is really ramping up as the other big competition.”