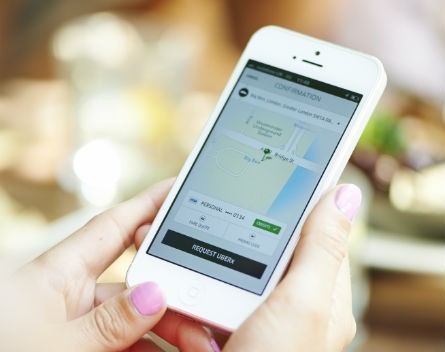 Uber has lashed out at the Australian Tax Office’s recent decision to apply the GST to its services regardless of how much drivers make, describing the ruling as “flawed” and announcing they will be challenging the determination.

In changes announced on Wednesday, the ATO said it would apply the GST to all ridesharing services from August, meaning Uber’s fares could jump by 10%.

The company has not yet confirmed if this will be the case, with a spokesperson telling StartupSmart the startup will need to “determine the impact” on its operations before making a final decision about whether or not to pass the cost on to consumers.

While Uber drivers will have to pay the GST, the tax office has determined that renting out a room on accommodation platform Airbnb or a parking space on Aussie startup Divvy is not subject to the goods and services tax.

Uber has lashed out at the decision, describing it as a “flawed interpretation” of a law introduced in the 1990s and is an example of government trying to “dictate” the so-called sharing economy.

“Today’s decision by the ATO is not a tax on Uber but rather, impacts the over 9,000 ordinary Australians who drive on the uberX platform,” communications lead for Australia and New Zealand Katie Curran wrote in a blog post.

“These are 9,000 individuals who will now be caught up in red tape before they even accept their first ride, and will then be hit with a tax on their very first dollar earned, unlike like truck drivers, painters, online sellers, gardeners, other sharing economy participants, and every  other small business who do not have to collect GST until their business reaches $75,000 per annum in turnover.”

Specifically, Uber is upset over the ATO’s decision to describe its services as “providing taxi travel”.

“The vehicles involved in ridesharing are not taxis or limousines, and participants can not accept street hails, can not wait at ranks and do not use taxi meters,” Curran wrote.

“In previous tax rulings, the ATO agreed that other for-hire transportation services were not providing taxi travel, since they did not meet very specific criteria for being a taxi or limousine. This new guidance completely contradicts those prior rulings, and unfairly singles out the sharing economy.”

He told StartupSmart the ATO’s announcement will create a “level playing field” between local and overseas businesses.

“goCatch strongly welcomes moves by the Federal government to even the playing field between local and overseas market participants when it comes to the GST treatment of services,” he said.

“For too long overseas participants have been able to benefit from the cost and operational advantages of not having to collect ABNs from suppliers and collect and report on GST – so we believe this move is a significant positive step in the right direction.”

“The ATO’s decision to make ride-hailing drivers register for GST and pay their fair share of tax, like taxi drivers, closes a loophole that should never have existed in the first place,” he said.

“Hopefully the ATO won’t stop with the ‘little fish’ UberX drivers but will go after the big fish as well. Uber is a huge private company that has come to Australia for one purpose – to make money. It’s completely reasonable to say to Uber, then, that it should pay its own way, and that means pay tax on every dollar of profit generated by rides brokered in Australia.”

Davies also said Uber was “completely off with the fairies” if it thought it was not a taxi service just because a smartphone app does the booking.

“Australian taxi customers have been able to use smartphone apps to book taxis for years,” he said.

“Using an app is simply a matter of convenience – it doesn’t fundamentally change the nature of the service being delivered, point to point for-profit passenger transport.”

A spokesperson for the Australian Tax Office told StartupSmart the ATO has carefully considered its public advice and is confident “it is consistent with the existing GST and income tax law”.

“While taxpayers are within their reights to challenge the Commissioner’s position, the ATO is first and foremost seeking to work with effected parties to assist in their compliance with the existing law. If agreement is not reached with an interested party, then the ATO as model litigant would engage with any challenge through appropriate legal means.”