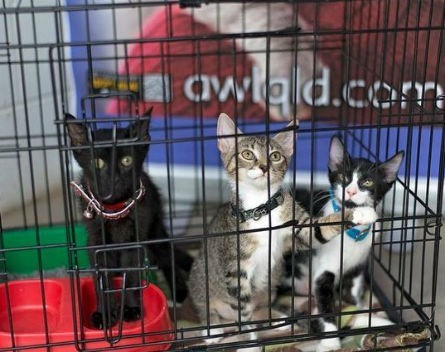 In a statement today, the VTA said it would be making a contribution to Wildlife Victoria in support of injured and orphaned wildlife.

“The donation comes in response to Uber’s ‘UBERkittens’ promotion yesterday, just the latest in a string of glib marketing campaigns from a company more interested in finding ways to promote their own brand than providing a safe and legal transport service,” the statement reads.

“The initiative was interestingly timed as 11 UberX drivers were due to face hearings in Melbourne Magistrates Court yesterday following prosecutions by the Taxi Services Commission.”

The marketing campaign followed the alleged sexual assault of a teenager who took an UberX car around 4am on New Year’s Day. It is alleged her driver indecently assaulted her during the trip, before dropping her off at an address in a Melbourne suburb.

A the time, a spokesperson for Uber told StartupSmart the arrest of the UberX driver followed “a terrible crime” but refused to comment on whether the company would be updating its vetting policies for UberX drivers.

“It is our policy to immediately deactivate a partner-driver following any such allegation, which we have done,” she says.

“We will continue working diligently to assist the authorities in any way we can.”

Uber says the timing of the ‘UBERkittens’ campaign, which received widespread coverage and was praised on social media, was chosen by the shelters it partnered with.

Brooke Whitney, a spokesperson forthe Animal Welfare League of Queensland, an Uber shelter partner, says it was great to be able to bring some cheer to people that support their work.

“The AWLQ is a non-profit organisation and relies on the community’s support to continue the lifesaving work that we do,” she says.

“The AWLQ would be eager to partner with Uber in the future in any other colourful and creative campaigns that help highlight the importance of adoption and giving homeless animals a second chance.”

Leave the poor little kitties alone. Can an Uber driver bring me a cheeseburger instead? K, thanks.

You can adopt a pet from the Animal Welfare League of Queensland here, or donate here.