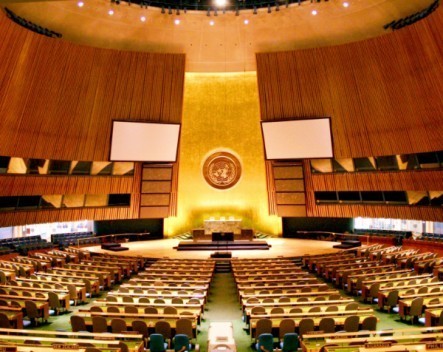 The United Nations entity for gender equality has withdrawn from a partnership with online taxi-booking service Uber following concerns the deal would not improve the “empowerment” of women.

Earlier this month, Uber announced it was embarking on an ambitious 1 million jobs-creation plan for women to mark the 20th anniversary of the Beijing Declaration.

However Phumzile Mlambo-Ngcuka, the executive director of UN Women, recently said she had listened to feedback on how to create “a real program that will take us to a 50/50 planet before 2030”.

“I also want to assure you that UN Women will not accept an offer to collaborate on job creation with Uber,” she said.

“So you can rest assured about that.”

The move comes after the plan was slammed by the International Transport Workers’ Federation for reinforcing “structural inequality” in the wake of reports of passenger assaults by Uber drivers.

“By classifying drivers as ‘independent contractors’, Uber denies them basic protections, from minimum wage pay to health care and other benefits on the job,” the statement read.

“Women already make up a high proportion of the precarious workforce, and increasing informal, piecemeal work contributes significantly to women’s economic disempowerment and marginalisation across the globe.”

While Uber’s “driver-partners” receive more hourly pay on average than other drivers in the US, Uber drivers are not reimbursed for expenses such as petrol or insurance.

According to Uber’s own figures, 71% of Uber drivers report their income is better after working for the startup while only 11% say it is worse. The majority of Uber drivers work for the platform part-time.

A spokesperson for Uber told StartupSmart the company was proud to sponsor the recent UN Women event.

“We share their vision of accelerating economic opportunity for women globally,” she said.

“Uber will be seeking advice from UN Women and groups around the world on the best way to achieve the important goal of economic equality and opportunity for women.”

Uber would not share the gender breakdown of its Australian drivers, however, in the US, around 14% of the company’s drivers are women.

“In most states, there are effectively at least four different definitions of ‘contractor’ depending on the legislation you’re looking at,” he said.

Ryan says recent Federal Court cases have shown how contractors who use their own vehicles for a company and choose when they want to work can be found to be employees by the court. Orders for payment of entitlements such as annual leave – sometimes stretching back as far as 20 years – can then be imposed.

“I think there is a little bit of a push-back from the Federal Court at the attempts of business to take a very expansive view of contractors as a resource,” Ryan said.