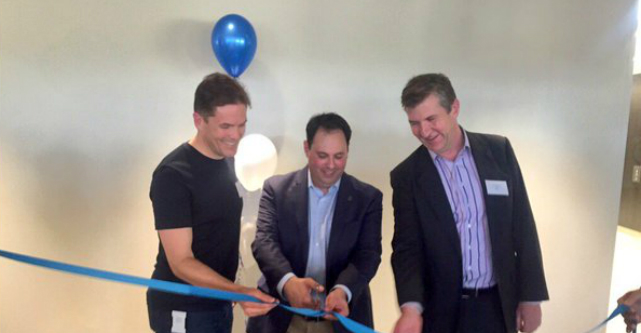 A large US tech firm and a local startup have both set up Australian headquarters in Melbourne this week as the Victorian state government’s quest to become “the leading tech hub in the Asia-Pacific region” continues.

American software company Expensify, which has raised more than $US27 million in private funding, announced earlier this week that its Australian HQ will be in Melbourne.

The Victorian government worked closely with the expense management software firm to bring it to Melbourne.

Expensify was founded in San Francisco in 2008 and now has over 20,000 customers, including Atlassian and La Trobe University in Australia.

“We chose Melbourne because it’s already proven to be a hub of innovation in the Asia-Pacific region, with many of our customers already located there.

“The ease of travelling to Sydney and New Zealand makes Melbourne a perfect springboard for growing a business in the region.”

MeeMeep was launched in Melbourne in 2012, offering a platform for businesses to connect with everyday couriers to make deliveries.

MeeMeep’s customers now include the likes of eBay, Kmart, Australia Post and Kogan.

The startup was grown in Melbourne and will now be staying put in the city, MeeMeep CEO Justin Williams says.

“MeeMeep was conceived in Melbourne, the world’s most liveable city and innovation capital of Australia, and this is where we will stay as we grow to service Australia and international markets.”

Victorian minister for innovation Philip Dalidakis says the government is making an active effort to keep promising young startups in the state, along with attracting larger global tech companies.

“The success of MeeMeep is a testament to Victoria’s ability to nurture digital technology as the state strives to become the leading tech hub in the Asia-Pacific region,” Dalidakis says.

“We know the digital technology sector is vital to our economic future, so we’re supporting firms such as MeeMeep that are looking to locate themselves in Melbourne or regional Victoria.”

Local startups including Appster and WME have also expanded their presence in Melbourne thanks to support from the Victorian government.