Use the right promotional tool to reach your target market 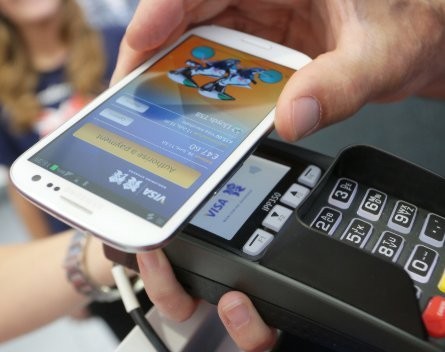 Recently, Old Taskmaster travelled from the sleepy hollow known as Parts Unknown into the great sprawl southeast of Melbourne.

For those of you who are reading this interstate, the suburb of Pakenham is further southeast of Melbourne’s CBD (56 kilometres) than Penrith is west of Sydney (50 kilometres). To those Sydneysiders complaining about the M4 during peak hour, just be thankful you don’t have to drive down the Monash!

Anyway, the reason for the trip was to take a look at the latest mobile phones. While in store, your humble correspondent noticed a rather peculiar promotion.

Now, before going any further, here’s a question anyone with a little common sense should have no difficulty answering.

Which of these consumers are more likely to sign up for a brand new smartphone? Is it someone who’s lugging around an old, out-of- contract brick in their handbag? Or the one who recently upgraded their mobile phone to one with shiny new features like NFC and is almost certainly still under contract?

(For the non-mobile phone geeks, NFC or near field communications is a feature that allows Samsung Galaxy S4 owners to exchange files by being placed back-to-back and other smartphones to be used on services like Visa PayWave.)

Well, if you’re BlackBerry, the answer is obvious.

They set up a little cardboard display inviting users to touch their NFC-enabled smartphone to find out about a promotion the company’s currently running.

Sure, using NFC on a marketing display has some novelty value.

But there’s just one tiny little problem. Those with older mobile phones – the people most likely to be looking to upgrade – won’t get the promotion details, because their phones don’t have NFC.

Using NFC might be slick, but if your potential customers use old mobile phones, it’s utterly useless.

As for the promotion itself? It’s a cashback offer for anyone trading up their smartphone. What this means is someone who bought their phone last week gets a bigger inducement to upgrade than the consumer with the ancient phone.

So in effect, there’s a cash incentive for someone who isn’t likely to buy, while those who are likely to buy can’t access all the marketing marital at all. Seriously, who came up with this strategy?!

If this is what BlackBerry’s marketing looks like, perhaps their earlier non-marketing strategy should be viewed as wise cash-saving move. Oh, and did I mention the company is now officially up for sale? I wonder why.

The lesson for your business is simple. Think about who your potential consumer is likely to be. Then focus on the promotional tools and platforms that are the most likely to reach your target demographic. And don’t use a novel technique if it’s not likely to be effective.