Finance, Funding, Growth, How I Did It, Legal 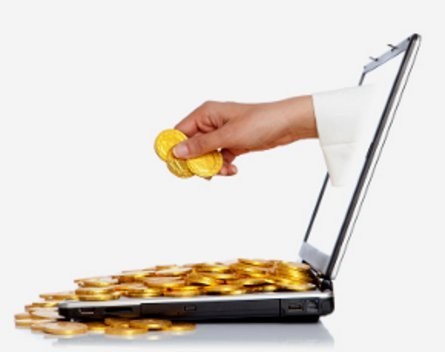 Email marketing software firm Vero is heading into its second year of operation committed to continuing its 20% month-on-month revenue growth target, but co-founder Chris Hexton it gets harder for businesses to grow as they get bigger.

After abandoning an online invoicing product after realising there wasn’t big enough market for it during the second Startmate intake in early 2012, Hexton and co-founder James Lamont reflected on their earlier work as e-commerce consultants and remembered the scores of requests for an affordable email marketing automation software.

“This idea came from the recognition that everyone kept asking us to create something that would help them to automate their email marketing,” Hexton says, adding the major issue with their future competitors was affordability.

Vero signed up their first customers in August 2012.

“We’d had some customers from the invoicing product, so it was a happy day. But we’d conquered that before, so we wanted to see if we could get more than a handful, and could we get growth month on month,” Hexton says.

Since then, the company has grown between 20 to 25% month on month, with several months clocking in at over 30%.

Hexton and Lamont decided not to fundraise for their company in the early stages, so they didn’t have any marketing budget and decided to focus on content marketing.

“Content was the logical fit for us so we decided to be really good at it. We’ve been going with trial and error approach to our blog, which we update once a week,” Hexton says. “The blog allows us to educate people and that’s how it turns words in dollars. We can outline we understand what our customers problems are, inform them about those issues and show how our product helps.”

He adds content marketing can be hard work, especially in the early stages while you’re building your subscriber base. They’ve now built up their email list to many thousands of subscribers.

“When you start, no one is going to read it. The only way to get people reading is to borrow people’s audience,” Hexton says.

To build up their first 100 subscribers and achieve their first few thousand hits, the Vero team shared their content beyond the standard social media platforms. They also shared their posts on Hacker News, Reddit, and began guest posting on blogs where they thought techy people may hang out.

“We started to target really good bloggers and get our stories on their sites. You have to be a bit pushy and steal, borrow and share other people’s audiences,” Hexton says.

Once they had established an email subscription list, his team began to experiment with which posts were shared the most by their subscribers.

They discovered longer, detailed posts such as explorations of previous effective email marketing campaigns did well.

“There is no silver bullet. The honest answer, which we’re still working out, is write really good stuff. Our best posts, those that get shared most, are juicy, they’re long and have perspectives others might not have considered. If people have learned something valuable, they’ll share it,” Hexton says, adding they spend about six hours on average for each post.

The next year will be spent on growing the business beyond the start-up stage, which has included reanalysing and increasing their base prices, which they doubled last month.

“We’ve got a lot better at understanding that you can charge people properly if you’re doing a good job. At the start, everyone under charges because of lack of confidence,” Hexton says, adding as a bootstrapped start-up, every margin increases their growth potential.

Vero will be looking to grow their team beyond the current three full time and a few part-time staffers, continue to iterate on the products and identify new marketing channels to reach beyond their content marketing networks.

“As we get bigger, it’s harder to maintain that high month-on-month growth. We want to sustain 20% for the next year, but we’ve got ourselves ready and we’re looking forward to the challenge,” Hexton says.