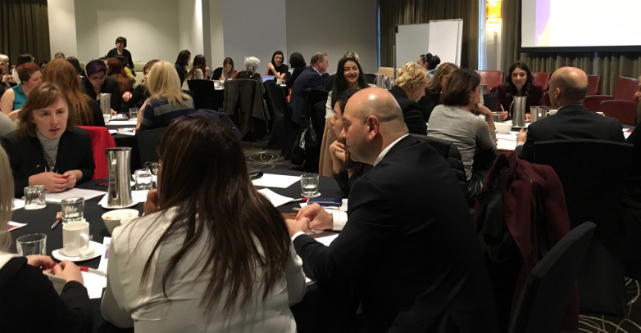 The Victorian government has called on the assistance of the state’s startups, entrepreneurs, scientists and engineers to help it develop a new strategy to achieve gender equality within a generation.

The state government held the first of several strategy consultations on the issue on Tuesday morning, with minister for women Fiona Richardson saying that politicians want to work with the broader community to develop an actionable plan to reach equality.

“We don’t want a strategy that’s just about delivering in one industry or for one kind of women. We want to ensure that women from all walks of life and across all industries actually get the support that they need to ensure that existing barriers are addressed once and for all.”

“The most advanced economies around the world are looking to this sector to be the hub of their economy,” she says.

“In order to do that you actually need to realise the potential of 50% of your population, who are at the moment consistently excluded.”

The nine consultation sessions taking place in Melbourne and regional Victoria will all focus on one central goal: To achieve gender equality in the state within a generation.

“In a city like Melbourne, in a state like Victoria, in a country like Australia I think that we should be able to expect that this will be changed in a decade,” Kappadath tells StartupSmart.

The roundtable discussion was moderated by the co-founder of the Social Science and Women in Science in Australia Michelle Gallaher, who says the broader community needs to figure out how to inspire young girls and women to enter the STEM sector.

“Today is the start of a new future,” Gallaher tells StartupSmart.

“What I want to see is action and change. I want to see opportunities that have worked in other sectors transferred across. What’s important here is to not always look for government to make the change – I would like this to be led by women in the STEM industries.”

The issue of stereotypes and barriers was a main focus, with many entrepreneurs, experts and professionals in the room saying that these often prevent talented young women from realising their potential in their chosen field.

“We have to challenge the stereotypes that work so blatantly against us,” Gallaher says.

One participant said that her eight-year-old niece is outnumbered by a ratio of one to eight in a coding class and is teased by boys in the class for wanting to do programming. Another one girl decided to quit her STEM studies after being told that mines are unsafe for women.

“Those kinds of cultural and gender stereotypes that are in place take longer to change,” Richardson says.

“The research tells us that some of those gender stereotypes are actually set before you got o school, before you’re five years of age.”

The minister says that it will take active collaboration with the wider community and Australian parents in order to alter these embedded attitudes and perceptions.

“Education is really the heart and the starting point of how we can turn this around,” she says.

Minister for innovation Philip Dalidakis also spoke at the roundtable, saying that there needs to be a more active effort in the startup community to improve gender and ethnic diversity.

“It’s not about merit – you actually have to want to push through,” Dalidakis says.

Victorian government committees now have a 50-50 gender ratio target, and Richardson says this is paying dividends.

“We’ve seen a very big improvement in the number of women overall who are now in paid board positions in the state,” she says.

“Talking about this and the importance of this has not been enough. By having a strategy that incorporates measurable targets and timeframes we can ensure that over time we are actually making a difference.”

Gallaher adds that it’s important for women that are excelling in their fields to pay it forward to the next generation.

This is a sentiment shared by Richardson.

“It’s really important, give how small a number we are in these industries that we don’t pull up the ladder behind us” she says.