Video recruitment platform could put an end to phone interviews 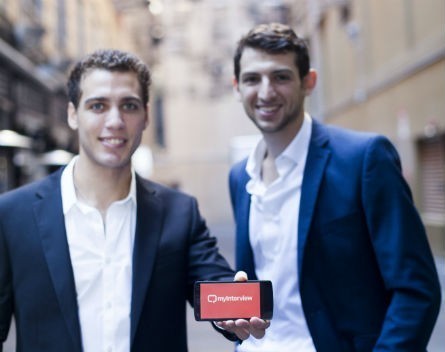 A Sydney startup hopes to make the recruitment process easier by eliminating phone interviews and replacing them with video.

MyInterview allows job-seekers to sign up for free, upload their resume and answer standardised questions in a video. They have 30 seconds to read a question and can answer for up to two minutes. Businesses are listed for a minimum of three months and have to pay a one-0ff $199 fee. They then devise the questions and watch the videos at their own pace. All applications are archived for future reference.

Co-founder Benji Gillman says that video interviews save as much as 50% of an employer’s time and money and matches them with the right candidates.

“It will eliminate phone interviews that usually precede face-to-face interviews,” he says.

“This one-way interaction side-steps the issues a Skype call faces. Making time for the interview, encountering a bad signal and other technological problems means there is a lot of room for something to go wrong. Our website is user-friendly and has a simple design.”

Gillman says he is encouraging universities to sign up their students to the platform. Most businesses who use the website work in the hospitality and finance industries.

He adds that the startup has attracted interest from the United States and is used as a hiring tool in Asia. The startup has secured “substantial” investment by an angel investor who liked the website, Gillman says. That capital funded the development of its iOS and Android apps, which will be available in the next week or two.

“At the end of the year, we will assess the idea to hold a second round of funding,” he says.

“Currently, video interview platforms, especially in the US, are very expensive because they are used mostly by large corporate companies. Recruiters are also expensive and the process can be made much easier. We hope to really penetrate that market at a fraction of the cost.”