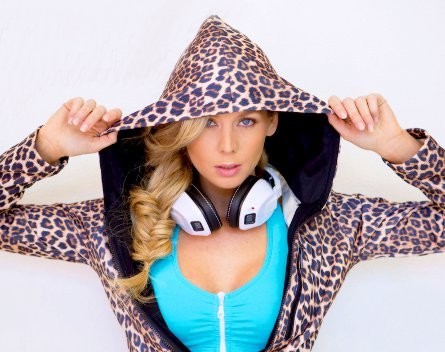 Establishing a small cohort of international brand ambassadors has been central to the rapid growth of Noa Ries’s fitness fashion brand, Vie Active, which is now growing 50% month-on-month.

Launched five months ago and still operating out of her dining room, Ries says her decision to launch exclusively online first in order to develop a strong brand and community has paid off.

“We originally launched just online so we could build a community base. We could engage with these guys directly to get feedback and to encourage social sharing. Engaging directly has meant it’s mushroomed really quickly,” Ries says.

In order to create an international and engaged community quickly, Ries tapped into the professional network she developed previously as a personal trainer and engaged 15 fitness professionals who worked with her target market.

The brand ambassadors are in Singapore, Dubai and America, with most based in Australia in line with Ries’s growth strategy.

“The idea was to be a global company from the beginning. But we’re focusing our energy on Australia without alienating global customers with high shipping costs or ranges that are too season-specific,” Ries says.

Ries says launching a high-end fashion fitness brand and managing the growth has been challenging, especially as she has a toddler and six-week-old baby.

“We’ve been drowning in the workload and demand, because it’s growing faster than we anticipated,” Ries says. “An extra 50% in demand would see us not able to manage it the way we are, so it’s been intense.”

She works with a range of part-time contractors, and her husband Bryan, who recently joined the team full-time to manage the operations, finance and logistics.

One of the major challenges for Ries, who designs all the products, has been finding manufacturers she felt confident and comfortable with.

“I was inexperienced and naïve about manufacturing, otherwise why would I have decided to create a products that didn’t exist?” Ries says. “It’s a premium product that is capital intensive to produce, and we didn’t want to price ourselves out of the market, so our margins are really tight.”

Originally, Vie Active was producing all of their 40-item range in China, but they’ve recently began working with a local manufacturer for 70% of their stock.

“We felt that this enabled us to be a lot more nimble as a small business. We’re able to produce smaller quantities, but also ensure quality control,” says Ries, who adds it was a steep learning curve to create products she was happy to sell.

“There is only one printer in the southern hemisphere who can print on the fabric we chose, but they never had before. So it was eight times back and forth with them to get the temperature and final result right

The Vie Active team is now focused on locking in a range of retail partnerships, both in Australia and the United States.

“It’s an intense environment working from home with your kids and your spare bedroom as your warehouse, but it also means we can be across everything, quality control and customer service especially, as we get going,” Ries says.