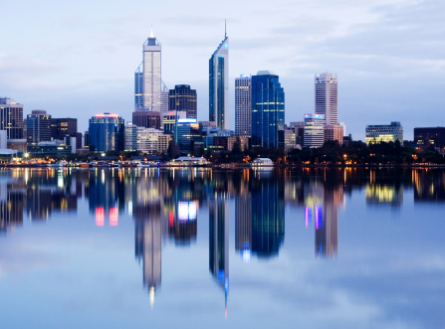 Western Australia’s startup ecosystem has more than tripled in size since 2013 as the state moves away from the mining boom and towards new digital technologies.

A new report from StartupWA provides extensive details on the current state of the ecosystem and the opportunities and challenges moving forward.

These startups have created nearly 3000 jobs and raised over $101 million in funding in the last six years.

There are now 12 co-working spaces, 111 meetup groups and 12 incubators and accelerators in Western Australia.

“There’s support here to grow a company form beginning to end, and that’s really different from 2013 where there were no accelerators, no incubators and the meetup groups were smaller,” Prickett tells StartupSmart.

“The sector is growing and now employing over 3000 people and growing every year. It’s becoming a much more critical part of the economy.”

The report estimates that the impact of disruptive digital and internet technologies on the state’s economy in 2025 to be over $76 billion per annum or 25% of GDP, but Prickett says there’s a lot of work to be done to reach this stage and compete with the rest of Australia.

“Startups are becoming a major part of all economies across Australia and the world, and WA is playing catch-up,” he says.

“We’re getting there but there’s a long way to go.”

Playing to its strengths

The state has many unique strengths, especially in the resources sector, with the area providing “incredible opportunities to innovators”, the report finds.

But currently only 10% of startups in WA are focusing on the resources sector and Prickett says there’s a need for startups to partner with big business.

“We have to play on our natural strengths in WA and work with the large industries here to kick off the next generation of tech companies,” he says.

Gender diversity in the WA tech scene is even worse than in Australia in general, with only 15% of startups founded by women, compared to 24% across the country.

Although there are a lot of challenges to overcome to catch-up, the enormous growth means Prickett is optimistic for the future.

“There’s a realisation that this part of the sector is important to the future economy and we’re looking forward to growing the scene in 2016,” he says.