Want to improve your VCE English score? There’s an app for that 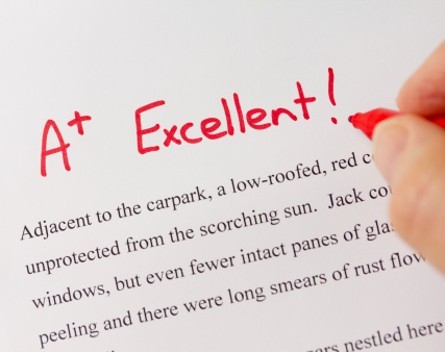 The startup, which launched earlier this year, enables students to submit practice essays online to be marked by “benchmarkers” a team of markers all of whom have received perfect scores in VCE English in the past two years.

Students have a number of options when it comes to the amount of feedback they get on essays they submit, ranging from $24, which buys you a mark out of 10 and extensive feedback, or a $75 “redo” which ‘transforms your essay into a high-range response’.

Co-founder Ari Wenig says he and his fellow co-founders, all of whom attended private schools and completed their VCE in 2012, realised they knew things about VCE English that teachers might not be able to help with.

“We became a bit obsessed with English in year 12, trying to understand the system and what the markers really want with people,” Wenig says.

“Something really cool about benchmarks that no one gets in education is fresh insight from someone who has succeeded themselves.

“As much as I’d like to think of VCE as an educational platform, a lot of it is a game. There are tricks, tips and insights from students that teachers might not come across.”

Wenig says he feels like VCE marking can be “a little bit arbitrary” at times and benchmarked is helping students find what markers are looking for.

He says with a good teacher, English is about finding yourself as a writer and learning how to think in ways you haven’t thought before and Benchmarked is trying to balance that with “knowing which strings to pull and which corners to cut”.

Wenig says the Redo option, which offers to ‘transform an essay into a high-range response’, isn’t letting users cheat.

“I definitely wouldn’t call it cheating. Most assessments are not do at home, they’re in class, and we don’t really think students do that, those aren’t the kind of students we’re trying to target,” Wenig says.

“For so many kids, being told what to do doesn’t work, you need to see it done.

“It’s less about giving the student a finished product, but showing them what their own writing can be.”