Wattblock ready to power into China after closing $500,000 seed round 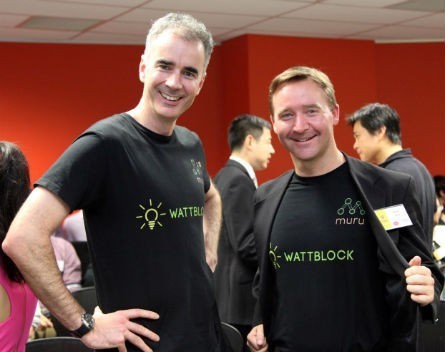 Startup founders need to be putting the feelers out with venture capitalists in the early days of seed funding in order to ensure they’re on the radar when it comes to later rounds, WattBlock CEO Brent Clark says.

WattBlock has just closed a $500,000 seed round from angel investors, but Clark says they were in contact with a number of VCs throughout the process with an eye on the future.

“The idea is that even when looking for seed investment you should go to speak with VCs who don’t necessarily do seed investment, but just to get on their radar,” Clark says.

“It gives comfort to the angels who are investing in the seed round as well. We’re able to tell them we’ve spoken to the VC community and that they’re interested and tracking our progress.”

The seed round kicked off three months ago after WattBlock graduated from the muru-D accelerator program and saw the team travel to China, the US and UK.

While Clark won’t reveal what valuation the round placed on his startup, he says the angel investors come from across the world and have backgrounds in fund management, high technology and environmental impact.

“Our strategy, which proved to be successful, was to identify similar companies and then look at the people who had invested in them,” he says.

“A lot of people get mixed up in convertibles and preference shares, but we’ve just kept it simple and stuck to ordinary shares.”

Wattblock is an energy efficiency startup that provides a cost-effective way to audit large commercial buildings. It recently launched a project with the City of Sydney aiming to drive down carbon emissions and reduce costs in the city’s residential apartment buildings.

The capital injection will be used to complete this project, Clark says, as well as to build the Wattblock team and look at expanding into the China market.

“We’re focused on using the funds to execute on our channel strategy, which is working through strata managers as a channel to residential buildings,” he says.

“China is a longer-term strategy for us. We’re currently doing this project for the City of Sydney, and they’ve arranged a trade mission to Guangzhou in China.”