We need to get serious about validating our ideas, says start-up mentor 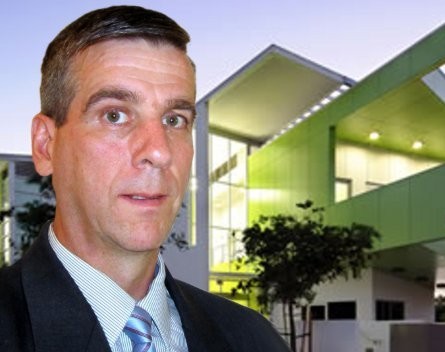 Since Burnett and his co-founder Aaron Birkby launched Silicon Lakes on the Gold Coast nine months ago. Since then they’ve been swamped with pitches and meeting requests, and are noticing a persistent trend in the lack of validation and market research.

“Aaron is getting somewhere between 50 and 100 requests for meetings and pitches each week. Validation of the idea is the big challenge for all of these,” Burnett told StartupSmart this week before flying to the US to meet with members of the start-up community there.

“People think their idea hasn’t been done before. But we’ve not had a genuinely unique idea pitched in nine months.”

Silicon Lakes was launched in order to equip entrepreneurs with the necessary validation skills to make it. As a pre-accelerator initiative, Burnett is focused on helping aspiring start-up operators identify if their idea is worth investing in.

“It doesn’t take too much Googling to find 900 people doing what you’re doing. We’re not trying to burst people’s bubble and ruin their dreams, but our place in the market is helping people understand if their idea has enough legs to spend time and money on,” says Burnett.

Burnett has had an opportunity to practice what he preaches recently, choosing to step away from a well-developed start-up idea.

“As I did proper validation I realised there were too many strong competitors and I didn’t have any secret herbs and spices that meant it couldn’t be duplicated,” says Burnett.

Based on his own experience, and fielding hundreds of start-up ideas at Silicon Lakes, he is convinced that failure to test how unique an idea is and if the market is big enough is “absolutely the reason most start-ups fail”.

“A lot of start-ups have read all the books, watched all the videos, but haven’t hopped in their car and gone and talked to their customer,” Burnett says.

Beyond getting “out of the building” and actually talking to potential customers, Burnett is also calling for start-ups to think about monetising their business model early.

“People spend a lot of time progressing their time without any real knowledge about how they’re going to monetise it. You’ve got to go and ask really early on because if you’re going to spend $20,000 to $50,000 on an app, you need to know how much you can charge for it.”

Burnett and Birkby are meeting with start-up accelerators, conference coordinators and mentors in the US to develop their strategy for encouraging entrepreneurialism on the Gold Coast.

“For 10 years we’ve had Queensland governments and business banging on about the tech precinct on the Gold Coast, but nothing really happened, not on a grand scale. Myself and Aaron sat in a café, in that awkward start-up style, and realised we could do something about that,” says Burnett.

By pushing validation as an essential start-up skill, they’re hoping to stimulate the sector and support strong, tested and global start-ups emerge from the Gold Coast, and wider Australia.