‘We were laughed out of the room’: How SumoSalad took on fast food and won 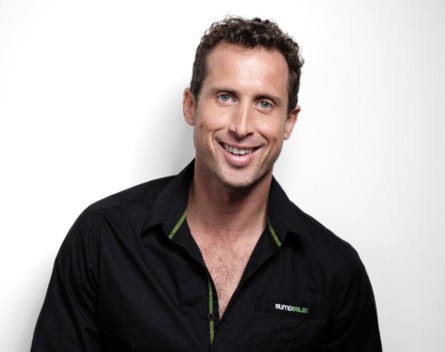 Healthy food options have well and truly elbowed their way into the local food market. But back when Luke Baylis and James Miller launched SumoSalad, hungry customers were faced with a rather different landscape.

At a time when Australian food courts were dominated by the likes of KFC and McDonald’s, Baylis and Miller nervously entered the market with their menu of salads, wraps and sandwiches.

They opened the first SumoSalad store in 2003 in Sydney’s CBD after realising no one was successfully offering consumers healthy fast food.

A decade later, there are 86 SumoSalad stores in Australia and nine international sites in New Zealand, Dubai and Singapore.

The franchise’s revenue took off quickly – turning over at least $45 million when it was listed on SmartCompany‘s Smart 50.

The company has since grown extensively, with Baylis saying it experienced 16% quarter-on-quarter growth last year.

But Baylis says it took a while for the business to find its feet. In fact, he describes SumoSalad’s early days in the market as “very daunting”.

“When I went to my father and friends and investors and said, ‘We want to start up a chain of salad bars’, they literally laughed us out of the room,” he says.

“The business started from very humble beginnings. It was two mates throwing in their life savings. We were both 25, 26 at the time, and we put everything on the line to start this thing.

“The first day we opened we had five customers and we thought, ‘We’re going to be broke by the end of the week if we don’t sort this out’.

“Three months later we had queues out the door and round the corner. People were travelling from the western suburbs to get our salads. From that, we knew we had a great concept.”

In a bid to keep up with demand, Baylis and Miller hastily appointed people to handle the marketing and training components of the business.

“I’d say in the early stages we called on friends and family, out of necessity more than anything because we didn’t have the money to do anything else,” Baylis says.

“In an ideal world we would have hired the best professionals to develop the business. In these businesses, people are everything. If you get the best talent around you, that has a huge impact on the environment and outcome for the business.

“One person started doing marketing stuff and that evolved into him doing all the marketing stuff, and someone else helped with training but wasn’t a qualified trainer.”

While this worked for awhile, Baylis and Miller eventually realised these roles required specific sets of skills in order to have any real effect.

“[This meant] taking out friends and family – paying them out and treating them fairly, and making sure they were recognised for all the work they completed,” Baylis says.

“That gave us an opportunity to bring in new talent, with the right people and skill sets.

“By making those decisions, things that James and I were doing when we started the business [were no longer our concern]. We were able to focus on evolving the business.

“We started off with just a couple of us, asking ‘What would be cool?’ to having a properly structured, three-year plan on how to achieve certain growth milestones.

“Our whole approach changed and that led to better outcomes.”

A major investment from the Tulla Group will see SumoSalad further its expansion.

“We are looking to launch at least 15 new stores each year in Australian high street and CBD locations,” Baylis says.

“Worrying about the competition is counterproductive… We’re 100 stores and a $75 million company. Our closest competitor in the salad space in Australia has five stores.

“There’s a lot of copycats who have come and gone… We’ve got our systems so well tuned, it’s hard for them to compete at this stage.”