Wealth of opportunity awaits for startups in finance 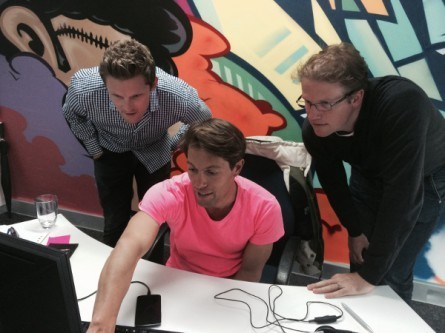 Wealth management services offer the next big opportunity for disruption in the finance sector, according to head of AWI Ventures Toby Heap.

The fin-tech accelerator program is calling on startups operating in the financial services space to apply for its second intake.

The accelerator’s first intake of startups is about halfway through the program. They include Simply Wall St, Debt to 10k, MacroVue, and Equitise.

“Where we come from is if you look at all the different industries, the travel industry, the real estate industry, they were shaken up by the internet. And the retail industry a little bit longer after that,” Heap says.

“In the financial services space you’ve got two big parts, the payments and transactional part, and there’s the wealth management part.

“Payments are gradually being disrupted more and more, PayPal obviously has had a huge impact, along with Stripe, Square, and that’s continuing. Apple Pay is part of that evolution.

“What’s interesting to us is financial services have been really slow to be shaken up. Our hypothesis is because there’s such a high barrier to entry with financial services, it makes it really hard for someone to start something in their garage.

“That’s why we think having a vertical accelerator is so logical.”

Of those four startups that make up the accelerator’s first intake, Heap says three are close to closing series A investment and there’s a good chance deals will be made before the end of the program.

Heap laughs, recalling the concern that caused at the time, the program went on to generate a healthy amount of applicants.

Unlike many accelerator programs, AWI Ventures is accepting applications from solo founders.

“We look at a lot of the bigger businesses we invested in, and most of them were started by individuals,” he says.

“Most of them were started by individuals, so we don’t see any reason to dictate that there needs to be a least three people on your team. It’s an easier decision for us if there’s more people, but we’re not ruling sole founders out. I’m making sure to tell them it’s damn hard work doing it on your own.”

Heap says the program provides access to mentors with experience in the financial services space in various capacities, as well as a range of knowledge when it comes to the regulatory environment that is required when entering the sector.

For more information or to apply, visit awiventures.com.