What do you when you realise you’re building a good product but the wrong solution: Start-ups are Scary series 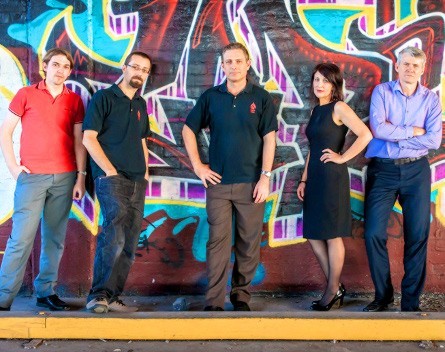 Online publishing start-up Liquid State had been building their product for a year when both a mentor and their beta testers told them they had got it wrong, and they needed to rebuild their product.

The bootstrapped team of four had been building their product to help print publishers also offer online versions for multiple platforms, since October 2011.

Chief marketing officer Kit Kriewaldt told StartupSmart the first iteration of their product was too radically different to the publishing tools their target customers were used to working with.

“We were so naive with what we thought the biggest problem was. We went and solved that problem, but it turned out it was only one part of the problem our target market was actually facing” Kriewaldt says.

They realised something was up when chief executive Phil Andrews and chief technical officer Cyril Doussin were in Berlin, in final selection rounds for the Startup Bootcamp accelerator when a mentor told them the product they were building would require too much work to convert customers.

“They were running the gauntlet of interviews with other start-up founders and leading mentors trying to trip you up, and with a single, incisive comment we found out we might be backing the wrong horse,” Kriewaldt says.

After an intensive interview, a mentor pointed out the significant learning curve LiquidState’s target customers, publishers, would need to scale to use the product easily. He urged them to rethink their approach, and “tell a softer conversion story”.

They almost ignored the advice. But back in Brisbane, their first beta testers were beginning to raise similar issues.

“All of sudden we could hear the same point in all the beta feedback. They liked it, but were struggling to get their heads around it. The platform was too different and therefore too difficult,” Kriewaldt says, who said it took the team a bit to process the realisation.

“We were being told from both sides that we’d got it, our product, our whole start-up, wrong,” Kriewaldt says. “It was confronting. We’d spend a year building the first version of the system, and we realised we needed to change direction and start over. To even consider we’d wasted so much time with such a small team working so much was really hard.”

While Andrew and Doussin returned from Berlin triumphant, and the team entered the bootcamp program, Kriewaldt says they were apprehensive about the amount of work they realised they’d need to do, and how much further away their launch date might be.

“Up to that point we were bootstrapped, and we kept being so the whole way through 2012. So it was very scary to invest so much in the first version, and find out it was wrong,” Kriewaldt says.

“But we were so desperate to make it work, that regardless of how much time, effort and emotion we’d expended, we faced that we had to change tack and try something different.”

They started afresh, built the new version of the product over the summer and launched in early 2013.

“What we really learned was our first version wasn’t flawed as a product, but it wasn’t suitable for the customers we wanted to go after at that time. When we took the new one to the same beta testers and they told us it was right, we were so relieved,” Kriewaldt says. “That’s when we knew we had the right tool for the problem we wanted to solve. Version one was a good tool, but not the right one for us.”

Nailing product market fit has led to LiquidState’s rapid growth ever since. In October, they were awarded the Brisbane Lord Mayor’s award for high growth start-ups.

Describing their product as “Gutenberg for the digital age”, the customer base has grown thirty times since their initial months.

This story is part of our weekly Start-ups are Scary series. If you’ve survived a tough and terrifying moment in your start-up’s journey and want to share what you’ve learned with the wider community, we’d love to hear from you: rpowell at startupsmart dot com dot au