What entrepreneurs can learn from the late Chopper Read 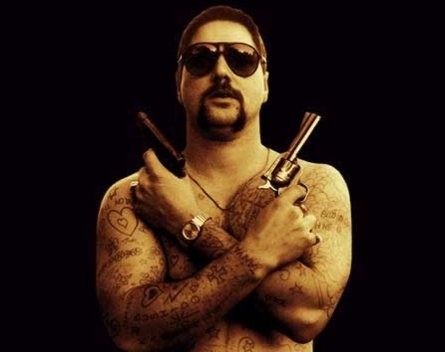 Love him or hate him, Mark “Chopper” Read has made and left his mark. He was bold, outrageous and controversial and became a best-selling author, selling more than 500,000 copies of his works – not bad for someone who claimed he couldn’t spell.

Chopper was a reformed criminal, author, painter, performer, father and husband who died from liver cancer last week. Read spent more than 23 years in jail for crimes including armed robbery, assault and kidnapping, including trying to abduct a Victorian County Court judge at gunpoint. He once claimed he was involved in killing 19 people and the attempted murder of 11 others.

So does crime pay?

Chopper Read built a brand probably without realising it and then successfully monetised it to the extent that the law was changed in his honour with a change to the Proceeds of Crime Act.

I’m even sure many of you can still quote lines from Eric Bana and other characters in the infamous movie Chopper.

So how does a ‘crim’ leave such a mark? There are plenty of other criminals who’ve come and gone some of which we’ve heard or read about, but many of which have just vanished. Why did Mark Brandon Read, a boy from the northern suburbs of Melbourne become a worldwide phenomenon?

In my view, the answer is in the combination of his extremist, twisted acts which us boring law abiding Joe citizens can only fantasise about on the movie screen. Combine this with his humour, wit and mannerisms, which brought a fictitious character to real life – a truly unique combination.

What’s even more intriguing was Chopper’s justification to his madness with warped ethics and morals. Robbing and bashing a drug dealer – that’s called community service, right?

So let’s take a closer look at the unstructured approach to building a successful brand:

The name tells a story in itself. Why do they call him Chopper? Is it because he had a fellow inmate cut both of his ears off in order to be able to leave H division temporarily? Was it because he used to use bolt cutters to remove toes of victims? Or was the nickname “Chopper” given to him long before this, from a childhood cartoon character? You decide.

Like in any movie or book – it revolves around a key character or storyline. Chopper’s character is cult-like and portrayed through his stories, actions, mannerisms and idiosyncrasies as outlined in his books and movies.

Eric Bana and Ronny Johns have done an amazing job bringing Chopper to the screen and stage. The stage show impersonations of Chopper were hilarious trying to get the Australian public to ‘harden the f-ck up’.

“Never let the truth get in the way of a good yarn.”

Boy could Chopper tell a good yarn! He was warm, insightful, manipulative, cheeky and funny through his books and stand-up shows with Mark Jackson.

When Chopper was questioned about driving Neville Bartos to the hospital after shooting him, Chopper says: “Am I the only bloody standover man in the country who provides a medical plan for some of these characters? Do I look like Mark Brandon ‘Medicare’ Read, or something?”

Sales is very much about storytelling. The backpacking hustlers down Acland Street, St Kilda, tell you a sob story about the poor orang-utans, then ask you for money based on a couple of pictures and a 30-second conversation.

I started reading Chopper’s books when they first came out. They were my first taste of life on the “inside” and stories from the underworld. I couldn’t put the books down. Who cares if the stories were true or not? There must be some truth in there. The intrigue is captivating!

What gets you worked up? Controversy fuels discussion, love, hate and lots of press.

When you watch a Today Tonight or ACA story, do you feel sorry for the pensioner that got ripped off by the dodgy builder? Give consumers a fair go Telstra, it’s just not fair!

So why should ex-criminals receive proceeds from crime? Would you pay to support a criminal? Controversy gets headlines. It ruffles feathers.

Chopper’s art work is also controversial. Would you like a picture of Ned Kelly alongside Chopper’s work hanging in your child’s bedroom? His unexpected art work received a lot of media attention.

I bet Chopper wasn’t exactly the greatest art student at school yet has a rare collection now. You too would start painting if locked up for 20 years.

‘Boldly go’ and ‘make your mark’

These are two of the core values of the Entrepreneur’s Organisation of which I’m a very active board member.

Now I’m not promoting crime but Chopper Read was serving a 16-and-a-half-year sentence after trying to kidnap a judge in a court room in an effort to get Jimmy Loughnan released from prison. That’s loyalty, yet bold and makes a mark. Even in the criminal world, Chopper made and left his mark.

Some entrepreneurs that come to mind who achieved the characteristics mentioned above include: Mark Bouris, John Symonds, Alan Bond, Gerry Harvey and Ruslan Kogan. They have established identities through helping the Aussie battler, building strong recognisability and partaking in their share of controversy while being bold in their endeavours.

As a start-up or small business owner it may not be so easy to kidnap a judge or write crime novels, but I bet there are ways to shake up your industry and be seen and heard. Step out on a limb. Take on the big boys, create a profile for yourself which you’re proud to stand and fight for.

We can take something positive from Chopper’s life when we look back and analyse why he was successful in monetising his brand. Unfortunately, I bet it won’t take long until the next “Chopper” appears in front of our eyes and takes the stage.

So, for some bizarre reason, crime pays whether you like it or not. It’s a category winner. Who doesn’t like watching Breaking Bad, Prison Break or Banged Up Abroad, Underbelly or Lockdown? They are my favourites, albeit at least the good guys win in the end.