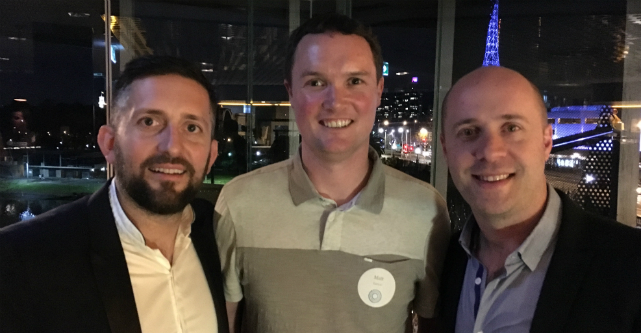 Across more than 20 years Gavin Appel has held nearly every position you can in the startup world, from founder to CTO, and product developer to venture capitalist.

He was a core member of Hitwise’s leadership team, a startup eventually acquired for $240 million, a SVP at Experian and a partner at Square Peg Capital.

Now he has returned to the other side, founding Onestack, a new venture aiming to “help founders build world-class companies”.

Given his widespread experience, he has the unique perspective of being on both sides of the table.

In a recent AMA session hosted by Blackbird Ventures, Appel described the common things that founders and investors misunderstand about each other.

“I think many founders in Australia do not understand the inner workings of VCs – how they operate and the logic behind why they do the deals they do,” Appel says.

“At Onestack we are helping to educate founders by connecting them via intimate events that allow them to build relationships early and understand what the VC’s investment philosophies are to ensure they are successful when it’s time to raise.”

On the other side, Appel says investors need to be more transparent about the decisions they make.

“Having been an investor, I think there is an opportunity for VCs to be more specific in the reasons why they decide not to pursue a particular investment,” he says.

“The ‘it’s too early’ response is an easy way out. VCs can be more transparent about if it’s the team that’s not outstanding, the market isn’t big enough or the metrics are shit.

“It’s best to be direct so the founders can improve. Then next time they can come to the VC and show they improved based on the feedback, which the VCs will recognise and be happy that the founders listened to their previous feedback and improved.”

The Q&A sessions also included a number of other useful and interesting insights from the highly experienced entrepreneur and investor.

On the ideal founding team

Appel says that a startup’s team is the most important measure of whether it will be successful or not.

“I am a huge believer that if you have the right team anything is possible,” he says.

“In a startup, things are not always in your control and you never know what’s around the corner.”

It’s also important to have a co-founder that can fill in for your own weaknesses.

“Having a co-founder is important as starting a business is lonely, hard work and bloody challenging,” Appel says.

“By having a co-founder with complementary skills it allows you to achieve more with less which is what all startups need to do. In my opinion if you’re building a technology startup it’s crucial to have a technical co-founder.”

Lessons from being a VC

He says having the experience as an investor has proved extremely useful when returning to a startup.

“I think the experience I have acquired from being a VC has expanded my knowledge and skill set dramatically and added insight into how the ‘mysterious’ VC industry works and drives the tech world,” Appel says.

And his biggest takeaway is that startups don’t always have to seek outside funding.

“What I take from this experience is that taking on external capital is a big decision to make,” he says.

“People compare taking on external capital as a marriage because you are stuck with whoever is on your cap table for a long time.

“Make sure you are taking on external capital for the right reasons and not because it is ‘cool’. It’s because you have the conviction that your startup can globally dominate its space, that you and your team are best positioned to win and the capital you take on will allow you to accelerate this outcome and provide a strong return for shareholders.”

The most exciting thing in tech

Appel says the thing he is most excited about in the world of tech today is artificial intelligence.

“We all know the current AI products we use every day like Siri and personal assistants,” he says.

“But the sophistication of these and similar AI products reminds me of when we were all using directories to find content on the internet back in the mid-90s and look at where we are today with search only 20 years on.