What now for the NBN under a Turnbull government? 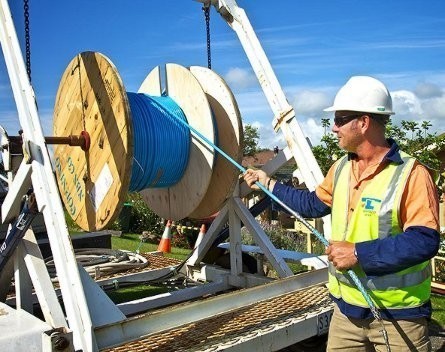 Now that Malcolm Turnbull has been sworn in as prime minister, the choice of a replacement Communications Minister is critically important, especially for the National Broadband Network (NBN).

Paul Fletcher has been widely touted as Turnbull’s likely successor, but some have argued he lacks experience and is somewhat short on vision. Other names such as Simon Birmingham, Sussan Ley, Marise Payne, Steve Ciobo and Arthur Sinodinos have also been mentioned by industry commentators.

The industry news sheet Comms Day has suggested that Turnbull might even split the role into two: one dedicated to the NBN, and the other for everything else in the portfolio. Given the complexity of the portfolio and the growing problems with the NBN, this may be a smart move.

Under Turnbull, the NBN budget has blown out by as much as A$18 billion and, on current projections, is four years behind the original schedule. Worse still, additional funding to help cover the cost blow-out will need to be obtained from outside sources.

This could be difficult given that the fibre-to-the-node (FTTN) technology to be rolled out will soon be obsolete and will not be attractive to an investor looking for a reasonable long-term return on investment. This problem is just one of many that the incoming communications minister is going to have to solve.

In a refreshing departure from the usual confrontational politics around the NBN, the opposition’s communications spokesman, Jason Clare, has appealed for a bi-partisan approach to fixing the NBN project from a cost and technology point of view.

Clare has requested access to NBN financial modelling data to assist in working out a way forward. Because of the lack of detailed financial information released by NBN, Clare is no doubt having a hard time working out a true breakdown of the costs of rolling out the multi-technology mix (MTM), and an accurate comparison of the relative costs of FTTN and FTTP.

Whoever becomes the new communications minister, here are my suggestions for their top priorities.

The new minister would need to step above the ideologically-driven focus on FTTN that Turnbull used to differentiate his network from Labor’s fibre-to-the-premises (FTTP) network.

The Coalition’s Strategic Review and Cost Benefit Analysis, rushed through in late 2013, are both out of date. Some of the key costing and broadband usage assumptions used in these exercises are at best inaccurate, and in at least one case they have been discredited.

The minister needs to formulate a long-term vision for Australia’s broadband needs and ensure that the NBN is not just a quick fix for our current needs.

With the help of appropriate experts, the minister needs to develop estimates of Australia’s broadband requirements into the future. In the two years since the Coalition came into power, internet usage has grown rapidly around the world both for business and private use.

The need for speed

In a number of countries including the United States, there is now a push for broadband connections with 1 Gbps speeds and higher.

Broadband customers Atlanta, for example, now have the choice of between 1 Gbps connections with Google or 2 Gbps symmetrical (upstream and downstream) services with Comcast. The NBN’s FTTN service will be 20 to 40 times slower than Comcast’s.

The minister needs to instruct NBN executives to carefully consider the methods identified in the 2013 Strategic Review for reducing the costs of rolling out FTTP.

Some of these cost-savings methods were also included in the final NBN co Corporate Plan under Labor, but are not currently being used in the existing FTTP rollout.

And finally, the minister should embrace Jason Clare’s offer of a bipartisan approach to building an NBN that serves all Australians into the future.

These are just some of the things that need to be done to help get the NBN back on track. Let’s hope that Turnbull picks a successor who is up to the task. It’s not too late to fix the NBN, but time is running out.