What this multinational company learned from agile Aussie startups 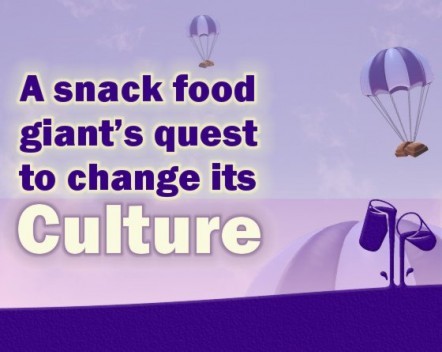 The Mondelez Mobile Futures program has come to an end, with the international confectionery company saying it has learnt to embrace agile thinking across all levels of its business thanks to partnerships with a number of Aussie startups.

In July, Mondelez International announced it would partner with five Australian tech startups for its Mobile Futures program, allowing them to develop in-house mobile marketing solutions within 90 days. The startups also received $40,000 in funding.

The head of marketing services at Mondelez International, Anthony Ho, said in a statement the program had exceeded expectations.

“Working with these incredibly innovative startups to challenge ourselves and embrace new thinking, we have been able to foster a culture of ‘intrapreneurship’ within Mondelez,” he said.

“The project has started the shift to make us more agile and change our thinking across all levels of the business. We’ve seen our brand managers start to embrace some of the startup qualities, which is making real differences in their day-to-day jobs in how they approach tasks, problem solving and collaboration with other teams.”

Snaploader, an image recognition and augmented reality app, was one of the startups that took part in the program. The app partnered with Cadbury Dairy Milk to encourage customers to take an image of a Cadbury Dairy Milk pack in order to win their height in chocolate.

Snaploader founder Eric Fink told StartupSmart the partnership was a “brilliant” opportunity to work with a big brand that wanted to genuinely innovate.

“It was very refreshing to have a company that did want to test the water rather than go through things that are proven,” he says.

Fink says he advises startups looking to work with large corporates or snare them as clients to operate on their terms.

“The corporates work very differently to startups and often you need to be quite polished to be looked at,” he says.

“When I say polished you need to make sure your standards match their standards. Otherwise you won’t make it.”