What to do if Facebook beats your app to launch 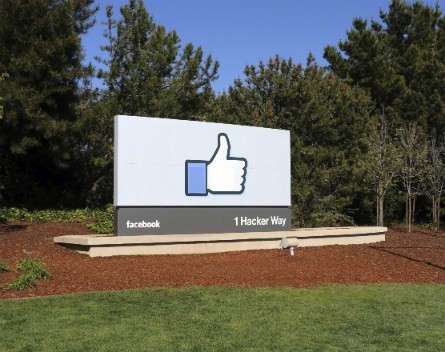 Put yourself in the shoes of a platform innovation director or apps development honcho at a small to mid-sized company. You figure you can carve out a scorching-hot niche for yourself by being first-to-market with a platform-agnostic mobile app letting OSX or Android users immerse themselves in 360 degree virtual reality video content, including games.

You pride yourself on keeping your ear to the ground, but it can still be an unpleasant surprise when you come across news like this.

As the app market has evolved, it’s become more difficult for developers or publishers to succeed in the middle. Maybe you’ve lived through that scenario yourself: a Facebook, or a Google, or an Oracle, BigMachines or Salesforce arrives on the scene with an app or platform that might not beat you to market but they’ve plainly got a much bigger sword to swing – with all their resources arrayed against you.

Don’t give up. You might not even realise all the weapons you’ve got in your arsenal or the steps you can take to turn the situation to your advantage.

As soon as a big dog shows up, companies are forced into the “challenger brand” position, so admit it to yourself and get a firm grasp on the strategies and virtues a challenger can deploy successfully, like nimbleness and the ability to take risks.

We instinctively assume the big dog on the block has the advantage, but their very size makes them vulnerable. Even a Facebook has inertia to overcome in making mid-course adjustments when changes might damage their business model or affect profits.

A small app developer or marketer can afford to expedite innovation or upgrades much more readily.

If they invade your niche, identity a sub-niche your larger competitors may overlook.

You might be able to add features that provide value for a certain user segment, features that bigger competitors don’t view as profitable or broad enough in their appeal. If that niche pans out it gives you a base to build from.

The team behind sports news app GameOn aren’t just taking on kingpins like ESPN – they’re hoping to tempt sports fans away from Twitter, SnapChat and even cable companies.

But each new feature upgrade has been judiciously gradual, and they’ve successfully focused on building from niche fan bases that are underserved, like the global audience for cricket.

An app is more than what’s resident on the device; most need to offer 2/47 backend services like messaging, sharing, syncing or other web-based features.

That can be an advantage for the little guy according to Brent Simmons, a long-time indie developer who’s been a partner in Q Branch, maker of note-taking app Vesper.

“It’s easy to think that only the big players can create compelling online services that scale. But Cloud-based backend services are levelling the playing field,” he says.

“The tools and technology have progressed so far, so fast, and the price keeps going down.”

It’s the “shopkeeper’s advantage” of knowing and engaging on a more personalised level with customers.

Don’t discount the power of smallness when it comes to the relationship you have with the people you serve, particularly if you’re in the B2B/enterprise space.

Having a more intimate, one-to-one rapport with them matters a lot – especially if they’re SMEs themselves who’ll especially appreciate the attention and responsiveness.

A smaller firm can tie in with other companies that provide a good fit and cloud-based business apps provider Zoho did exactly that.

When Zoho found Google had invaded its category, it partnered with 1&1 Internet in an arrangement that put its office productivity apps in front of the web-hosting giant’s 10 million plus users.

Zoho went a step further, and launched new apps like its Zojo CRM in Google’s own apps marketplace, where it became one of the most popular in its segment.

So it’s not impossible to compete with a Facebook or other goliath when they invade your app category, but it takes focus, ingenuity and hard work when they ratchet up the challenges facing a developer.