What was missing from the innovation statement? 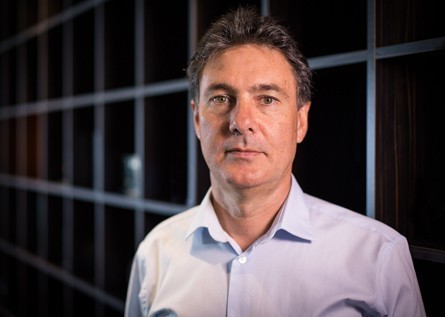 The innovation statement, which focused on unlocking capital for early-stage companies, encouraging international talent to come to Australia and two large co-investment funds, was given positive reviews by most of the startup community; with some saying it marks a “new era” for the sector.

But there are still many areas that founders, entrepreneurs and investors think it missed, including the later-stage funding gap, support for entrepreneurs rather than public institutions, and focus on improving gender diversity in tech.

“There needs to be equal support for startups at all stages of their lifecycle to create a strong, self-sustaining innovation ecosystem,” he says.

“There is nothing in the proposed policies to support those companies that have been around for more than three years and already have revenue over $200,000 but need a significant injection of capital to fuel growth, attract talent and break into overseas markets.

“It’s these cheques of $3-10 million that are so critical to keep Australian entrepreneurs and their companies from heading overseas in search of funding.”

“Startups that have come out of the early-stage and are looking at growth and scale are being left out of the overall supportive trend,” Ibos says.

“This means that the funding gap for companies looking to raise $5 million to $20 million will still remain, forcing lots of Australian fast-growing companies to keep looking at overseas investments or listing on the ASX.”

The innovation statement allocated $13 million to “encourage more women to embark on, and remain in, STEM-related careers” through the expansion of the Science in Australia Gender Equity pilot, establishing the Male Champions of Change project and partnering with the private sector on this issue.

“I think that’s our biggest challenge – there’s a huge amount of talent we’re missing out on.

“It’s a very small package and if we’re going to attack this challenge then we need to fund it properly.”

Startup consultant and speaker Anne-Marie Elias also says she is “a little disappointed” with the way the statement addresses gender diversity and says there were many other alternatives on offer during the government’s Policy Hack.

Support for the founders

Although supporting the statement as a whole and saying it marks a “new era” for startups in Australia, prominent entrepreneur and investor Steve Baxter says it focuses too heavily on the public sector.

“There has been too much emphasis placed on the traditional support for university and education sectors in today’s announcements,” Baxter says.

“Left unaddressed, this will be to the detriment of our global positioning.

“To compete on the world stage we need to out the focus on supporting the people with real skin the game, in the trenches of our startup community.”

‘There’s a lot of emphasis on traditional and disruptable businesses such as education and research organisations,” Anthony says.

“If government wants to see bigger return on their investment they need to continue to make bolder strokes and place bigger bets when supporting real entrepreneurs.

“The future will be made in places like River City Labs. Where traditional sectors such as university and education are too careful, our startups will out-innovate by taking bolder risks and placing bigger bets.”

Opposition Leader Bill Shorten has slammed the innovation statement, saying Turnbull is still yet to “walk the walk” on innovation and in many cases it “mimics” Labor’s own policies.

“If Mr Turnbull really wants to be taken seriously on innovation, he needs to do a lot better than today’s statements,” Shorten says.

“The government has only made commitments around the edges on boosting science, technology, engineering and mathematics skills including learning to code in schools – it’s a poor imitation of Labor’s plans.

“There is no mention of reversing the $620 million in cuts to the R&D tax incentive that remain on the notice paper, waiting for another deal to be struck in the Senate.

“And the new investments that have been made are nothing more than pea and thimble economics, giving back a fraction of what has been ripped out of the system over the past two years.”

Speaking to StartupSmart following the announcement on Monday afternoon, assistant minister for innovation Wyatt Roy said the statement is a “big beta test” with room for improvement.

“Of course we can always improve this and add to this, but this is the first step,” Roy said.

“If we can improve these policies then we will, if we can add to them then we will and if something doesn’t work we’ll stop it.”

“They’ve done incredibly well. Nothing will ever be perfect but this is the closest we’ve seen.”

With this “great start” it’s all about ensuring this momentum continues, muru-D co-founder Annie Parker says.

“We need to be ready to stay this course for the long haul – it will take 10 years of sustained effort to see results,” she says.

“If we can achieve this then we have a chance to leave a phenomenal legacy for the next generation.”