What we learnt from Startmate and our Shark Tank experience 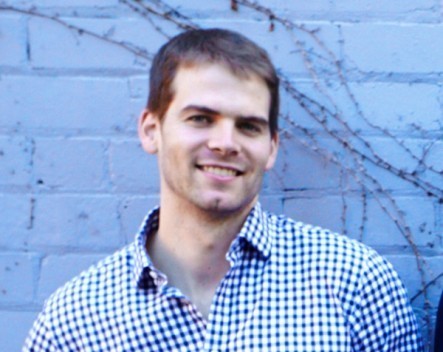 Like all co-founders, Richard Hordern-Gibbings and I are working hard to make our startup Nexus Notes a success. Late last year we did two things to help us on our way: we pitched to be a part of the tech accelerator, Startmate, and the television series, Shark Tank.

We were fortunate to be selected for both. This post explains a bit about both experiences.

Sydney-based Startmate is a network of founders offering mentorship and seed financing to technical teams creating global internet startups from Australia. They invest $50,000 in seed capital for 7.5% of company equity.

and Scott Farquhar and SEEK’s Paul Bassat. In addition to the capital and mentorship, they also provide office space in an incubator for three months, access to key partners like Amazon and PayPal and introductions to US investors in Silicon Valley over a two-month period.

The Startmate selection process is competitive. For the 2015 intake, over 200 startups applied, 25 teams were shortlisted for interviews and eight made it through. We were excited to be one of the eight companies chosen. We found this out in the middle of October last year and began to make plans to begin work in the program from January 5 this year.

It’s worth mentioning that the Economist listed Startmate as one of the top accelerators in the world based on follow-on funding for alumni. Now in its fifth intake, half of the 29 companies who have gone through the program have raised seed capital. The average deal has been a $US1 million raise at a $US4 million valuation from a combination of Australian and American investors within six months of participating.

Soon after being accepted into Startmate, we heard that Shark Tank were keen for us to pitch on their show. We hadn’t begun the Startmate program yet, so Richard and I sensed that the timing might not be ideal for the Sharks. After consulting our new mentors, the consensus was that we had nothing to lose in making the ask and so in December we did.

The pitch to the Sharks was simple, “Nexus Notes has huge potential, invest now and pour fuel on the fire.” We asked for $300,000 for 7.5% of the company.

One of the five Sharks, Steve Baxter, made an offer which we declined and the other four chose not to invest. Their view was that while they could see the potential in the business, our valuation was too high. Combine this with the fact that Startmate had already come on board and it was ‘no deal’.

Richard and I want to grow a sustainable, global tech business that realises our vision of giving the best students the tools to teach. Our first product allows high-achieving students to publish their notes and we’re looking forward to launching our next products. We’re super excited to be a part of Startmate and have some fantastic mentors on-side.

We were really proud to announce our advisory board last month with some tech all-stars behind us and it was awesome to pitch at the demo day in Sydney last week.

If you’d like to be a part of our story as a user, then start by contributing or purchasing your

first set of notes – we’d be pumped to have you a part of our community. If you’d like to

invest, then email me athugh@nexusnotes.com and I can talk to you about our current seed

Hugh Minson is the co-founder and CEO of Nexus Notes.