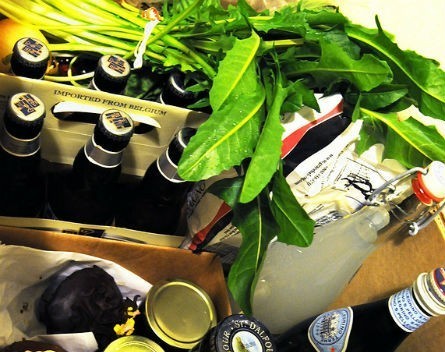 Online retailer Kogan has continued its expansion away from its traditional consumer electronics base, revealing it will take on Coles and Woolworths in the supermarket wars.

After launching into 15 other retail categories over the last few months, including pet and camping supplies, Kogan now stocks over 600 grocery products through its online grocery delivery service, Kogan Pantry.

Kogan Pantry customers will be able to order food items such Nutella and Pringles and toiletry items such as razors and toothpaste, as well as confectionery and cleaning items.

“We are constantly listening to our customers shopping community about which areas they would like us to expand into,” says Shafer.

And he says the stranglehold of Coles and Woolworths is not a barrier, but rather an incentive to join the Australian grocery market.

“The fact that the market is currently a duopoly is what makes it a very attractive market to launch into,” Shafer says, pointing out Australian supermarkets have the highest margins out of any supermarket chains in developed countries.

“This presents a huge opportunity to bring our efficient business model and supply chain optimisations to this industry to create a better value alternative for Aussies.”

Kogan owner Ruslan Kogan previously told SmartCompany the business had developed a model through selling its electronics that easily allowed it to scale its processes to any vertical to drop prices and add profit.

“The hard work has been done in the last eight years, creating those processes.”

Shafer says Kogan Pantry products will be up to 90% cheaper “than the giants of the industry” and says a typical shopping basket would save consumers over 50%.

Kogan previously confirmed its new product categories were the fastest growing area of the Kogan empire, and Shafer says groceries will make up a significant portion of the company’s future revenue.

“Supermarkets, groceries and household product sales make up a large chunk of the general retail industry. We think Kogan Pantry has huge potential and we are very excited by the launch,” he says.

Shafer says within 12 hours of the launch of Kogan Pantry, over 30,000 items were sold.

“If early demand is anything to go by, it will be a runaway hit,” he adds.

But Jos de Bruin, chief executive of independent supermarkets association Master Grocers Australia, told SmartCompany launching into the grocery category may not be as easy as Ruslan Kogan expects, as the industry requires specific retail knowledge, especially if he wants to sell food items.

“I might be a bit cynical but Kogan has little experience in groceries. Anyone can sell toilet paper at 50c, but do they have the knowledge of fresh food? I think it will more likely be that consumers cherry pick some items.”

De Bruin says while the entry of Kogan will certainly have an effect on competition, the online grocery business is still a relatively small market, which he estimates is currently at around 5% of total supermarket sales.

“I think online groceries, unlike other retail, is still relatively immature. People are still in the mode that to shop for groceries they need to touch and feel them.”

De Bruin says the independent grocery sector welcomes competition and still has community engagement to rely on in its fight against bigger competitors.

“Kogan has no connection to the community, unlike [independent grocers], but it will appeal to the masses I suppose,” he says.

“We’re in two very different positions. But let’s see what happens from here.”