When new regulations break your business and your lawyer tells you to quit: Start-ups are Scary Series 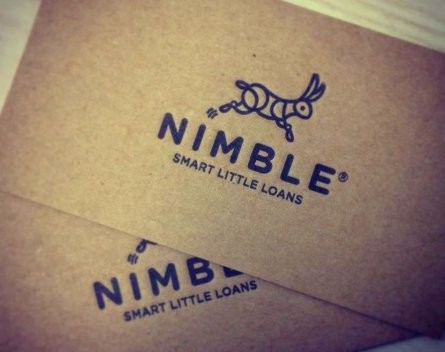 Five years into their small loans platform business Nimble, co-founders Sean Teahan and Greg Ellis were told by their lawyers that changes to Queensland regulations around the micro-loan industry in 2008 made their business unviable.

“Our lawyer pretty much said ‘alright boys, that’s it, fold the business up’. We didn’t have a lot of capital, but we had a couple of million in lending funds we needed to make and pay back,” Ellis says. “It felt like we were dangling over a cliff with some heavy concerns.”

Ellis told StartupSmart the constant changes in the late 2000s to the regulatory environment Nimble needed to straddle caused some long painful nights of worry, but also some of the best ideas.

“We were so deflated. But you sleep on it, decide it can’t be that bad and tackle it the next day. And again, until you find a solution,” Ellis says. “There was no easy solution. We just had to face we had to do something major or shut it down. But we realised, sure that lawyer was a specialist in his field, but we had a team. We could be creative and just kept trying to crack it until found a way to make it work.”

The Nimble team had to completely rebuild their software platform. This included telling their already concerned team of developers that they needed to rebuild three quarters of the software system in just three months.

“It was incredibly stressful and there were a lot of late nights. We didn’t have the money to go out and hire a stack of new people to get us through it more easily,” Ellis says. “But sometimes you just need to move heaven and earth and get extreme stuff done.”

After smashing out the new software with their team somehow still intact, Ellis says they learned that with enough persistence and creativity and commitment, they could make their start-up dreams come true.

Ellis says the fact they were five years of sacrifice into the idea strengthened their resolve to find a way to keep the business alive. They had started with $40,000 of their own savings and received an angel investment of $100,000 in their first year, but the budget was always tight.

“We could never afford to make six months of losses because we didn’t have the capital. There were many times in the first few years when we simply ran out of cash because we had to run the business making net profits all along,” Ellis says. “We’d end up mowing lawns to generate 250 bucks to live on. And by live I mean either working, surfing or watching TV on a crappy little TV in a terrible apartment.”

Ellis adds having the right co-founder was critical to their perseverance and success.

“Sean’s extremely persistent and I’m extremely naively optimistic and we both basically pulled each other through no matter what happened. We’ve always worked pretty well together and never had any major problems, and the fact we’d had a business before this to cut our teeth on meant we knew how each other worked best.”

Despite the hassle and closely avoided heartbreak, Ellis says the regulatory changes improved the industry Nimble operates in. He also adds their job has become a lot easier since the regulation moved from state to federal government, so they’re only dealing with one set of rules.

The focus for the next year will be on marketing and growth, including re-assessing their website and launching mobile apps as over 60% of the browsers and transactions on the site come from mobile phone users.

“We’ve spent eight years building a platform and are only now at the point we can confidently scale the business. If you go hard on marketing too early and get an excellent reaction, it can cause problems with funding and systems and staff so we’ve tried to delay gratification and we think it’s really ready to go,” Ellis says, adding they’ll always be tweaking the platform and fussing about it as that’s their nature.

This story is part of our Start-ups Are Scary series. If your start-up has been through a tough time and would like to share what you learned with the wider start-up community, please get in touch: rpowell at startupsmart dot com dot au