Where to now for the Victorian government’s $60 million startup initiative? 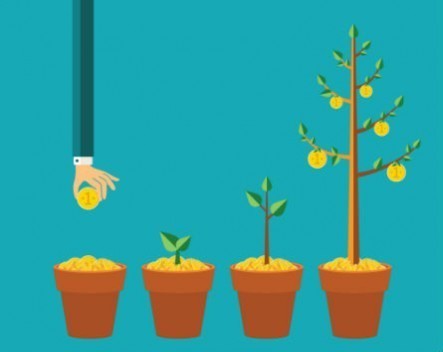 There’s been a lot of talk about government and startups lately. By now you’ve no doubt heard about the $60 million Start-up Victoria initiative, announced before the election last year.

I’ve been on the trail of these plans since before the election: Talking to my local MP Danny Pearson, who first told me about the policy, emailing and tweeting ministers, talking to business groups and attending workshops. I finally got onto some good information while I was writing a chapter for The Fintech Book.

An email I sent ended up with Cameron Boardman, executive director of Innovation, Technology & Industry Programs in the Department of Economic Development, Jobs, Transport and Resources. He has been very helpful in clarifying Labor’s pre-election platform. He has a background as an MP and leading the Hong Kong government’s trade development mission in Australia and New Zealand. In his current role, he has worked with global tech companies such as Etsy, Square and EventBrite, helping to settle them in Victoria.

So what have we learned? We already know the Victorian government’s confirmed $60 million for the Start-up Victoria initiative aims to:

Consultation has been undertaken to figure out the best way to meet those goals. The Department of Economic Development, Jobs, Transport and Resources is now going through the design phase, deciding how funds will be used.

There were a number of other initiatives covered in Labor’s platform going into the last election. Post budget, these are starting to gather momentum and are something startups should be following.

Back to Work is the government’s umbrella strategy to grow Victorian industries and help create 100,000 jobs and encompasses several initiatives. It may sound fairly generic and not very interesting for startups. But think about it. What are startups doing aside from turning ideas into reality, disrupting and changing the world? Creating jobs. There are a number of points in these initiatives that are of particular interest to fintech startups:

The Future Industries Fund is where things get interesting. It’s being established to drive growth in industries where Victoria has real advantages and the potential to lead the world, including professional and financial services – this is where fintech fits in.

Making the finance sector stronger, more efficient and keeping it in Victoria is an opportunity for fintech. Keeping the finance ecosystem and big players nearby will give us partners, customers, competition – whatever the established players are for you, having them near is a good thing. The inbound trade missions will suit time-poor startups which is much better than losing team members overseas.

So to wrap up, the government’s plan is to: drive high growth financial services; keep financial services in Victoria; run inbound trade missions for growth industries and business looking to export to emerging economies. I think these three points are exciting and point to a bright future for fintech startups in Victoria.

It’s good to see the vision outlined before the election is turning into a reality. It’s still in the planning stages but the people making decisions appear to be focused on making the right plans. As Boardman said to me, “The most important aspect of this process is that we want to ensure that these initiatives best meet industry demand and economic potential and as such, the opportunity to consult with as wide an audience is critical to achieving this.”

Now is the time to get involved. I will be taking part in the consultation for the professional services sector and sharing what I learn with the Fintech Melbourne meetup group. So make sure you join up if you haven’t already, and share your thoughts. The government has committed to supporting high growth areas that cover fintech. They have also committed to listening – so let’s talk. Let’s join together as a community and join the discussion.