Why this Sydney startup bought out its competitor 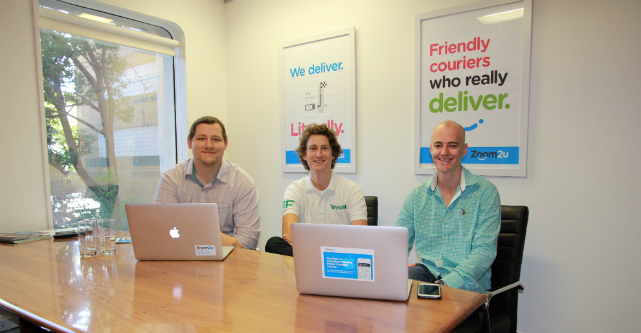 A Sydney startup offering on-demand couriers has acquired a fellow logistics startup in a bid to accelerate its network and growth.

Zoom2U founder Steve Orenstein says the decision was a strategic move to amplify its innovative talent and bridge his roadmap with another startup’s as they work toward disrupting the logistics space.

“I’m always looking at what other startups are doing and how they complement what we’re doing,” Orenstein tells StartupSmart.

After months of discussions about their plans for the market and solutions they wanted to solve, Orenstein says they realised it would make a lot of sense to join forces.

Now Zoom2U can draw from Fetchh’s customer base, IP and talented team of innovators, he says.

“For us, it’s all about just growing faster and expanding our network,” Orenstein says.

Operating out of North Sydney, the platform facilitates deliveries across Sydney, Melbourne, Adelaide and Brisbane.

Zoom2U is planning for expansion across other states as it brings on more major partners, which they can’t disclose yet.

Since launching in 2014, the startup has enjoyed rapid growth in the volume of deliveries and Zoom2U is now turns over more than $1 million, Orenstein says.

“We’re adding more than 1000 customers every month,” he says.

Orenstein believes the startup’s success boils down to a combination of things and an ongoing journey of building and expanding.

“It’s constantly reviewing what you’re doing and then analysing it,” he says.

Taking this approach helped the team regularly identify areas for improvement and growth so they could acquire more customers, couriers and deliveries.

In industries like logistics, Orenstein says it’s difficult and expensive for a startup to achieve accelerated growth and customer acquisition so amplifying one’s power with another startup can make this process much easier.

“We’re doing different things in the logistics space and building our own network of couriers.”

Fetchh founders Will Jensen and Bryan Maass have worked with many Australian startups trying to change traditional post and courier services.

“Among the teams we worked with, Zoom2U stood out as a game changer,” Jensen says.

“The technology Zoom2U uses to tell customers where their couriers are, at all times, is fantastic and saves everyone so much time.”

For other startups planning on acquiring other players in their market, Orenstein says the most important thing is finding a good cultural fit.

“If we didn’t have the same values or thoughts on where we were going, it wouldn’t have made sense,” Orenstein says.