Why are so many of you claiming to be an entrepreneur? And are you, really? 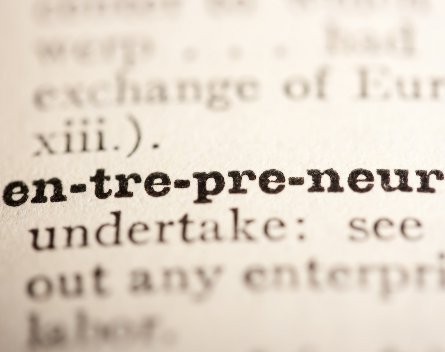 In fact, entrepreneurs are a dime a dozen these days, particularly in Australia. The rise of the digital era and constant search for a better work/life balance is prompting growing numbers of employers to ditch the 9-5 lifestyle in favour of something more meaningful.

But no one would argue the term ‘entrepreneur’ is being grossly over-used. Many claiming the tag are perhaps better described as successful in their business. So how do you know when you’re an entrepreneur? And should you stop calling yourself one?

It’s not just about making money

Despite what some might think being an entrepreneur has nothing to do with how much money you make in your business.

Business people might be hugely successful and make ahealthy profit, but mostly, they’re walking a well-trodden path already built by someone before them.

By definition, entrepreneurs head off the beaten track and create their own path. They’re out there breaking new ground and they’re often risk-averse, too.

A business person may also make improvements on products and services and still take risks, but they’re often doing so within existing industries or systems, she explains.

“While the majority of businesspeople may also make improvements to products and services and still take risks, they’re often doing this within existing industries or existing systems,” Logue says.

“Entrepreneurs, on the other hand, are often far more disruptive and engage more readily in a process of trial and error.”

Judy Sahay is the director of a digital media agency Crowd Media HQ and has worked with many entrepreneurs over the years. She admits she often ends up in debates with friends and colleagues about the differences between the two professional descriptions.

“Entrepreneurs are out there to develop the next big thing, investing time and money into a venture that really might never take off,” Sahay says.

“It’s a rebellious thing to do. You break away from the status quo, from the preconceived notions of business and development, and embark on a project that could either change the way the world works, or leave you penniless and product-less.”

Despite the glamourous reputation, being an entrepreneur is an arduous process, with most entrepreneurs failing with multiple ideas before one project starts to take off, and seeking funding from other investors, Sahay adds.

On the other hand, Sahay believes business owners are often more prepared to play it safe.

“They’re invariably not out to corner the market, and aren’t here to revolutionise the way the world interacts and thinks. Businesses are here to provide a service and find an audience in a market that already has a demand,” she says.

There’s nothing wrong with being a successful business person

Dean Salakas owns hugely successful business The Party People and has been called an entrepreneur by others over the years. But he insists he’s far more comfortable with being known as a successful business person – even if he did appear on Channel Ten’s Shark Tank.

“My mum was a clown 30 years ago when she started what’s now my company, which back then was a small party shop in Sydney. She was the entrepreneur, not me. She took the business online in 1998 and was a very early adopter,” Salakas says.

“I took over the business in 2007 and we had two employees at the time. I’ve not got more than 45 employees and we’re the market leader for party supplies in Australia. I’m definitely a successful business person, and there’s nothing wrong with that.”

International business coach Jacob Aldridge offers another great description. A normal business owner knows the ‘content’ of their business, whether that’s installing kitchens, importing diamonds, or providing professional services. A successful business owner knows how to become great by leveraging that content knowledge into their product architecture and marketability, he explains.

“But an entrepreneur is an expert at the architecture and marketability, growing businesses without needing knowledge or expertise about the content,” Aldridge says.

“Too many business owners think being the best content specialist is the way forward. Entrepreneurs repeat their success because they know the content is least important.”

Tell us what you think? What makes an entrepreneur?