Why being conservative is hindering the growth of your startup 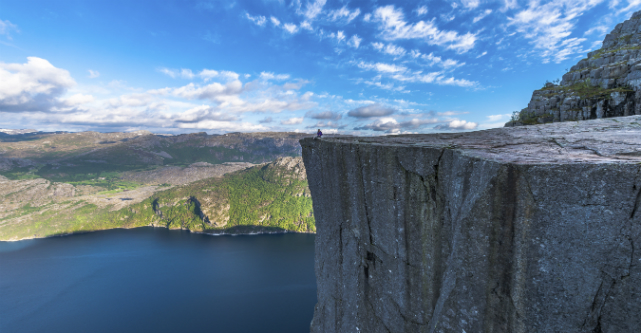 Through my experience co-founding Appscore, I’ve seen how taking big risks can result in big rewards.

Late last year we announced a partnership with Telstra which had been many months in the making. While our significant growth is partly due to many Australian businesses catching onto the power of mobile app technology, it’s also as a result of my team and I making calculated decisions and forecasting as best we can about future opportunities.

Working in the digital space means that you cannot afford to not innovate and grow, otherwise someone else will swoop in and replace you.

A conservative mindset is really not conducive to growth. After all, fast growth is the most efficient way to gauge if something is going to be successful or not.

I have always felt the desire to push the boundaries in order to make a name for Appscore, and so far it seems to be working. We didn’t set out to be an average mobile-first digital agency so every business decision we make is an attempt to test the limits of what people are willing to try, accept and buy.

There are a number of factors I consider before I take a big business risk – it’s certainly not something that’s ever done on a whim.

Consider the possibility of failure

Taking calculated risk means you need to consider where you and your business would be if your risky decision didn’t go to plan.

Most of us are risk-averse by nature but too often we overestimate the possibility of failure anyway. And when we do this we limit our ability to think clearly and make sound decisions.

When we decided to move Appscore into the Asian market we knew it would be risky. But we kept an open mind and decided that if things were to fail we’d take it as a valuable business lesson and apply it to future decisions.

Ultimately we learnt that it paid to be ambitious and that it’s certainly not harmful to open yourself up to the possibility of getting things wrong.

Can you live with the regret?

Will I regret it if I don’t take the risk?

This is something my team and I ask one another when we’re entertaining the possibility of another risky business decision. We don’t only focus on what could go wrong but rather what we could be missing out on if we were to keep going in the same direction.

I look to companies such as Fairfax, which failed to embrace the online news model fast enough. Had they seized opportunities sooner, they might not be facing declines and losses like they are now.

Will the outcome be superior to the current situation?

In Appscore’s early days I decided not to take a salary so I could reinvest every dollar back into the business.

While it was tough-going at the start, the end result was worth those initial lean years.

Not only did this decision allow me to reinvest all profits back into the business, but it also forced me to be innovative and do more with what I had. It’s decisions such as these that have led Appscore to where it is now. We’re working with some of the biggest brands in the country and are forecasting triple digit growth.

Ultimately,to be a market leader means to be creative and innovative and take calculated risks that can place you in a better position.

I have found that this often means no backup plans, because if you don’t have one, you’re forced to turn your current plan into a success.