Why competition is a good thing for start-ups 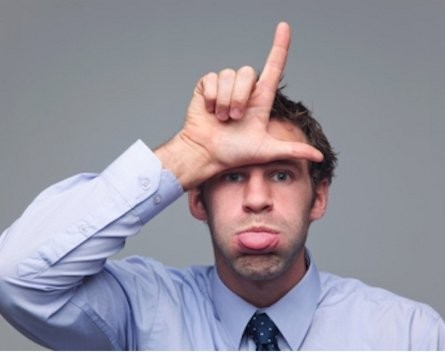 Accepted wisdom holds that the less competition a business faces, the more it thrives.

This concept is at the core of Blue Ocean Strategy, the 2005 bestseller by W. Chan Kim and Renee Mauborgne, which advocates launching in uncontested markets in order to avoid the pain of going head to head with rivals in the “red ocean”.

But research shows that exposure to competition in the early stages of a firm’s life increases its long-term survival prospects.

We studied British tax data covering nearly two million companies launched in the UK from 1995 to 2005, looking at the competitive environment the companies faced in their first few years and at how long they remained in business.

We found that companies launched in crowded markets had higher odds than others of failing in the first year – but if a company survived during this early period, it had a much greater chance of making it to the three-year mark.

A firm’s early exposure to competition appears to have an immunising effect, in much the same way that a person’s exposure to illness can create antibodies that provide long-term protection.

How does competition help young firms thrive? A challenging environment causes start-ups to be tightly focused on satisfying customer needs along with lowering and containing costs.

Consider Southwest Airlines, which launched in the crowded airline industry in 1967. Early competition forced it to create an efficiency-based, low-cost culture, one that prioritised quick turnarounds at the gate (to maximise the use of each plane) and turned its no-frills approach (such as the lack of assigned seats) into a marketing strategy.

Managers who understand the benefits of early competition can work to create conditions that will heighten its effect.

Some of the 400 companies in the Virgin Group, the travel and entertainment conglomerate owned by Sir Richard Branson, face limited direct competition.

So Virgin’s managers create internal competition by measuring teams within a company against one another and by measuring each company’s performance against that of others.

Venture capitalists can foster a similar dynamic by taking care not to over-fund a new business, since having too much cash on hand can make it difficult to build a low-cost culture.

This is one reason why Sequoia Capital, the Silicon Valley fund, has a policy against funding companies started by children of super-rich families, whose deep pockets may make it hard to develop frugal managerial instincts.

Of course, early competition has a downside: Some new businesses fail before they have time to build up the immunity we describe.

Still, smart managers of young businesses will bear in mind the advantages of exposure to safe levels of external competition or to a competitive environment that’s been generated inside the organisation.

Such exposure can have long-lasting positive effects on efficiency and survival.

This article was originally published in the Harvard Business Review. Andrew Burke is a professor and director and Stephanie Hussels is a lecturer at the Bettany Centre for Entrepreneurship at Cranfield University.