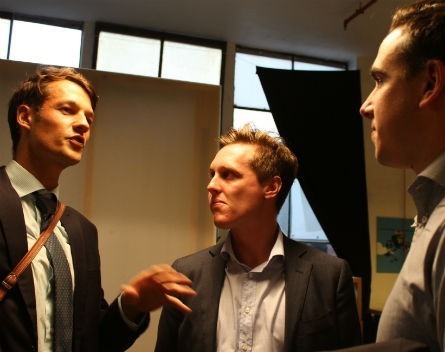 Long sales cycles, traditionally the biggest barrier to startups gaining a foothold in enterprise, have been drastically shortened. Pioneers like Yammer have shown it’s possible to enter on the back of a groundswell of support amongst employees in the trenches.

The proliferation of personal computing means employees are far more empowered to use whatever tools aid them in their work, without needing permission from legal and corporate headquarters.

Yammer made its way in via the computer, whereas more recently startup companies like Slack have done so through mobile phones. This could be just the tip of the iceberg and the next wave of billion-dollar companies may be those that serve enterprise problems.

Enterprise is a huge opportunity for startups. Organisations of that size are so big and complex that they invariably have a multitude of problems. And generally speaking, these problems are shared across a sector, so a solution for Telstra will also likely be a solution for Optus, for example.

Startup accelerators and early stage technology investors tend to focus mainly on business to consumer or software-as-a-service businesses, due to the speed at which they can be created and tested in the market, and iterated upon.

Business-to-enterprise startups move slowly by comparison, and long sales cycles which can take up to two years to close a deal are a hindrance. But this is changing as the opportunity in enterprise is too big to ignore.

Enterprise-focused accelerators, such as Alchemist, are beginning to appear in the United States, achieving impressive results in a short period of time. And they are attracting both interest and investment from some large companies (Salesforce invested in the Alchemist fund in 2014).

Two AngelCube startups, etaskr in 2013 and Arcade in 2014 are tackling the enterprise space. While both of these companies are still operating, the learning curve has been steep. We’ve found the best results come when you can create a competitive environment for your product or service. The idea of gaining an advantage over the competition is as much, if not more of a motivator than solving the problem itself.

Founder/market fit is an important consideration too.

The founders of etaskr came out of the innovation department at KPMG’s Melbourne office. They’re working on a problem they had to deal with first hand as graduates starting out in the company. They’ve got deep connections into the corporate world and understand it intimately given the time they spent working in it. That experience acts as a natural barrier to entry from founders starting outside the enterprise space.

AngelCube will be hosting a free fireside chat with etaskr founder and chief executive officer David Chung at Inspire 9 on Thursday March 12. For tickets click here.