Why KFit merged with two competitors and hired their founders 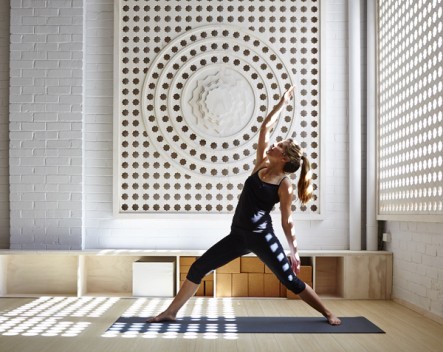 Competition is an inevitable part of business. And while wiping out competitors is something many in business dream about, it’s not all that easy to achieve.

But that’s exactly what’s happened in Australia’s fitness sharing economy, which has been through a major transformation this year.

Market leader KFit has merged with two local competitors, wiping out their brands entirely and hiring their founders for key positions within its business.

KFit arrives Down Under

KFit launched in Australia in April 2015 with the strong backing of venture capitalists and angel investors. The business connects consumers and services, creating new opportunities for gyms, studios and other fitness providers.

The brand is currently rapidly expanding to more than 10 cities in seven countries under an experienced management team led by high-profile entrepreneur Joel Neoh.

The fitness-sharing concept was taking off in Australia at the time, with Classhopper and SweatPass both having similar offerings to KFit, though they focused on group fitness classes, whereas KFit membership offers a wide array of gym entry, group fitness classes and access to leisure activities – like bowling and laser tag – for users.

Jaye Raykos, KFit general manager for Australia and New Zealand, told SmartCompany it was important to identify the competitors who were showing consistent growth in the early stages of the fitness sharing industry in Australia. KFit has managed to cannabilise both Classhopper or SweatPass, with neither brand existing in the market anymore.

“Both opposition founders joined us with very unique and valuable contributions to both user and partner acquisition in KFit’s most dense local markets,” Raykos says.

“In early stages of aggressive startup growth, execution of a strong team cannot be bound by titles or placement. People are your biggest resource, and ensuring that everyone in your team aligns with your most important values creates the opportunity to multiple good DNA every day. It’s a marathon, not a sprint, although the days feel fast, your foundation needs to support the journey in the long haul.”

Emma Hoffman founded Classhopper in October 2014 in an offering that was localised to the Melbourne market, but she now heads up the marketing role for KFit. She’s focusing her efforts on the digital front at present and working to continue to and educate consumers about the concept. Media and PR is also a major focus, she says.

“I’d heard about KFit building a strong brand presence in the Australian market as we were developing ClassHopper, and we recognised them as a major leader in the market globally,” she says.

Hoffman identifies as an entrepreneur, having founded the Big Deal mobile app, which services the hospitality and retail industries before ClassHopper and doesn’t feel that entrepreneurial pursuits will be dampened by taking a role with a competing business.

“I was attached to the vision of making access to fitness easier, rather than the brand, and I’m very happy to be working for the market leader,” she says.

“I’m definitely an entrepreneur; it’s one of my characteristics and part of my personality. The sky is always the limit, but I’m 100% committed to Kfit at the moment.”

SweatPass founder Jason Ho Gulati says his goal with the SweatPass brand was to make both members and partner studios happy, and there were a few companies offering a similar service. But KFit stood out in terms of resources, partnership-building and the functionality of the platform.

Gulati was hired as the KFit business development manager for Australia New Zealand a couple of months ago.

He had only launched SweatPass in February this year, and was working to build his product after being a gym owner when similar fitness sharing models began creeping into the market.

He decided to reach out to KFit and see if they could work together rather than butt heads, he says.

“It was a decision I made to let the SweatPass go, because they were further along with technology and resources than we were,” he says.