Why ‘manageerists’, not managers, are the scum of the Earth 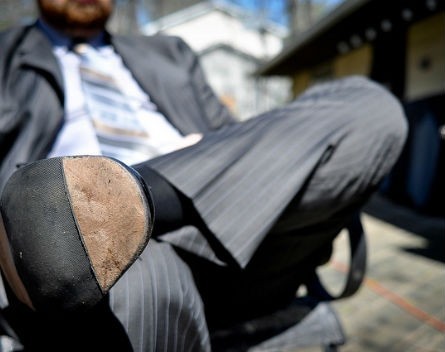 Yours truly is a gentle soul. There is only a small handful of things that cause the Taskmaster any distress. (Of course, by “handful”, I’m assuming here you’re a giant.)

And what do most of these things have in common? Many of them answer to, or have been caused by, a “manageerist”.

What’s a manageerist, you ask? A portmanteau of “manager” and “careerist”. And you can take my word for it, when the four horsemen come marching over the horizon, an army of manageerists will surely come marching behind.

The apocalyptic language is entirely intentional. Trust me, once a manageerist is in charge, everything is going to hell.

For example, an engineer who, through hard work, rises through the ranks of their company to be the chief of engineering is a manager but not a manageerist. Likewise, entrepreneurs are managers but not manageerists.

So what defines a manageerist?

Unlike an entrepreneur, the manageerist professionally manages someone else’s enterprise. They have never started an enterprise from scratch, or overseen the creation of one. Likewise, they have minimal financial investment in the business they oversee. If they screw up, it’s always someone else’s money that’s lost.

Meanwhile, unlike the chief of engineering I mentioned a moment ago, a manageerist has no other vocation, training or experience other than in management.

They are not the carpenter that built a business. They aren’t a coder or hacker that crowdfunded a startup from their parent’s garage. They aren’t a muckraking journalist who rose through the ranks of the newsroom to become editor.

In fact, the manageerist has no idea about the industry they’re managing. They believe the same rules that make a software company a success can also be applied, without modification, to a fashion label or a prune juice factory.

Likewise, they did not study teaching or accounting or plumbing in their higher education. No, they studied an MBA only. While you were learning practical things at school, they were filling their head with jargon.

And that’s the mark of this particular beast: Jargon. Without it, it would be immediately obvious they haven’t the slightest clue about what they’re doing.

Want to know what happens when you put a manageersist, rather than a good manager, in charge? I’ll tell you. It’s called Enron. Arthur Andersen. The AOL Time Warner merger. The global financial crisis. The disasterpiece that follows is inevitable.

So Old Taskmaster says this: Warn your kids and be prepared.

Forget about “stranger danger”. The best thing to teach your kids is if they ever hear a big scary grown-up use the words “synergy” or “right-size” in a sentence with a straight face, they should begin running immediately. Trust me, it’s the best advice you’ll ever give them.

Likewise, you should always keep a pair of trainers in your bag in case you come across one in your own travels. Trust me, nothing good ever comes of manageerists. They make most bureaucrats look good!