Why ‘manual first’ can help you MVP quicker: #2015istheyear 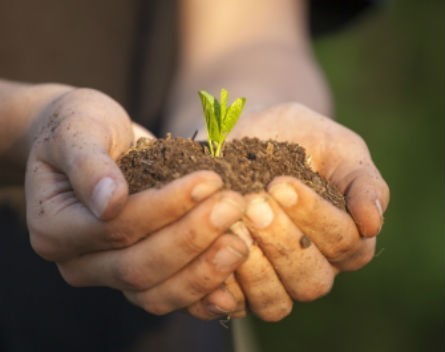 A common refrain in Silicon Valley is ‘manual first’, referring to all the different approaches you can take to validate and grow your startup idea before putting any time into building a web or mobile application.

The reason this approach is so popular is due to the speed at which you can accomplish things. Speed is everything for a startup. It is one of your few natural advantages over pre-existing competition. Because you’ve invested so little in your idea to this point, it will never be quicker or easier to change what you’re doing, be it slight changes or drastic ones.

Big companies have mass, and with mass comes momentum. Momentum is great if you know where you are going, but crippling if you need to change directions suddenly.

So how does ‘manual first’ equate to getting the ball rolling on your startup? The answer lies with an MVP. That’s not a sports reference mind you, rather in this context MVP stands for minimum viable product. That’s startup lingo for doing what you have to in order to learn whether the assumptions around your idea are valid.

What this means in practice depends on the type of startup you’re creating and the particular hypothesis you’re hoping to test. Typically, you want to test the biggest assumptions in your business first, which usually equates to “will anyone use my product/service?”

A good assumption to validate before going out and dedicating your life to making it happen, don’t you think? In fact, everything we try to do as entrepreneurs, be it speaking to people, creating a lean canvas, and testing the various hypotheses within, is geared towards de-risking the startup as quickly as possible. So, what might an MVP look like for your idea?

If your idea is for a product that you plan to sell and distribute online, one clever MVP is known as the ‘smoke and mirrors’ technique, which involves setting up a landing page for your ‘product’ (including relevant information such as price, benefits, feature set, etc), sending people to said landing page (often via some paid ads on Google, Facebook, or whatever platform is relevant for your target audience) and seeing how many people actually click the purchase button.

The point of this exercise is that you find out relatively cheaply – whatever money you spent getting people to your ‘product’ website – if anyone wants what you have to offer. If no one bites then there’s not much point in building out the product. You’ve invalidated the hypothesis that your product is the solution for a certain group of people, whom you believe suffer from a certain type of problem. From this you can deduce that:

1. The people who came to your site weren’t the correct subsection of people (change your advertising).

2. The people coming to the site were OK but the positioning of the product was not (change the content of the landing page).

3. The offer wasn’t compelling enough for the price (change the price).

4. People aren’t really interested in the product (put more work into researching the problem – is it really a problem?)

If your idea is more service than product, then you can utilise ‘the Wizard of Oz’ technique to validate your assumptions (the name bears homage to the old man who hides behind a curtain pretending to be a powerful wizard in the children’s classic The Wonderful Wizard of Oz). If your startup revolves around some type of service, the Wizard of Oz technique means physically complete the service by emulating the actions of what you would eventually code and automate.

As an example, say you had an idea for an online gift recommendation service. Manually emulating the service in this case may take the form of finding potential gifts for a user by personally going through shopping catalogues looking for gift ideas that match said users preferences, then returning the results online as files in an email.

To the user, there is no difference between an algorithm sourcing the gifts automatically and you working behind the scenes doing the same job. This approach often involves creating a site that is slightly more complicated than setting up a simple landing page and some ads, but generally not much more than an extra form field or two. Note that if you are completing manually what you intend to offer as an automated service, you shouldn’t be shy about taking money for said services.

Some tools that you might find useful for this part of the process include:

Regardless of what tools and techniques you use for the job, keep in mind that speed is the essential ingredient. The faster you can prototype, iterate and prove an assumption, the faster your idea transforms into a viable startup. So, get out of the building, speak to customers, figure out what they want, what it looks like, put that online, and see if anyone buys! From there it’s wash, rinse, repeat… with one caveat which we’ll cover in the next article!

This is the part four of our #2015istheyear series.