Why Melbourne can lead the startup gender equality movement 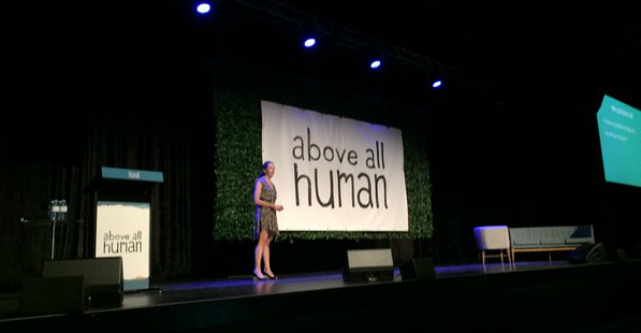 Last week I attended a breakfast briefing for venture capitalists and innovators. It had a big name on stage, was in a lovely office and a good crowd of about fifty.

It was the kind of event I have attended frequently throughout my career in the finance industry but this was my first since deciding to leave that corporate world to chase my passion for tech startups.

In the past year I have attended events such as the superb Above All Human, pitch nights and meetups and accelerator graduate days, all of which reinforce we are building a vibrant, inclusive and ambitious startup ecosystem.

But then I walked into this breakfast. Out of fifty people in the room, three of us were women. This is neither reflective of the world I live in nor of the environment I want to help create.

I know you’ve heard it before, and I’ve sat and I’ve grinned and I’ve bared it like many of you for too long.

Melbourne’s tech scene is on the cusp of exploding. Zendesk, GoPro and Slack all chose our city as their first Australian outposts. There is an eruption of new pitch competitions, meetups, startup groups and co-working spaces and the amount of pitches I hear each week has more than doubled compared to when I first joined rampersand, a Melbourne based tech VC fund almost a year ago.

But what’s even more exciting for me is how the tech scene in Melbourne is developing.

Earlier this year Melbourne had an achievement that flew under the radar of most — our city hosted Australia’s biggest annual one day tech conference, Above All Human, and not only were half of the presenters women but more pleasingly, half the crowd were women as well. This is unheard of at tech conferences globally, yet we achieved it here in Melbourne.

There are boundless allegations that Silicon Valley has an entrenched culture of sexism, with male venture capitalists funding male entrepreneurs who hire mostly males. And as those trying to change it know, once these institutions are established, they are hard to break down.

Here in Melbourne we are in a unique position of being early enough in our development that we have some say in how our innovation community is crafted. This gives us the power to ensure we do things differently. The responsibility of ensuring our community is built inclusively is on all participants — the organisations and groups involved in growing it, the funds that invest into it and the government that helps support it.

The Victorian Government made a great step late last year by establishing the LaunchVic Board with more than 50% women and Startup Victoria likewise has two female members out of five on the board.

I am proud to say that at rampersand we too are actively encouraging women in any way we can. Jim Cassidy, one of our managing partners, sits on the VIC ICT for Women board and our entire team are relentless supporters of female entrepreneurs. I know when we receive a pitch deck from a startup that has a women founder or co-founder it will get a double look over, not only by me but by both managing partners.

Sadly we do not receive nearly as many pitch decks from women as we do men but this is something we actively want to change.

This is why I’m also proud we hosted a very special event in honour of International Women’s Day to recognise and celebrate women in technology. On behalf of the LMBDW (a group where savvy like-minded women discuss their growing empires), our champagne breakfast celebrated ambitious women and, in the spirit of inclusiveness, we had both women and men in the crowd (although, pleasingly, only women on stage).

While I have only recently been involved with the group, after my recent experiences at the very un-inclusive breakfast, I am excited to see the group grow and support it in any way I can.

We still have a long way to go to achieving equality (both in gender and race) in the Australian tech community and I look forward to the day I no longer need to write posts like these.

In the meantime, it’s immensely encouraging to see we are moving in the right direction. I am hopeful that if we continue nurturing and supporting ambitious women and building our community inclusively Melbourne will able to be call itself one of the first tech centres globally that has gender equality.

Eloise Watson is an analyst at rampersand.

This piece was originally published on Medium.