Why one Australian startup put culture before funding 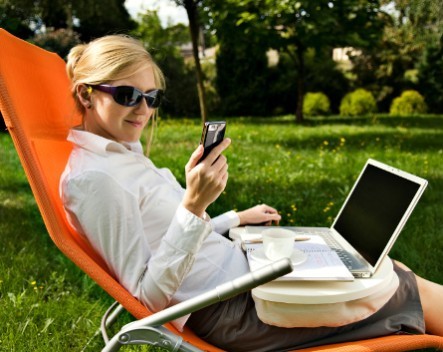 Late 2013. San Francisco. As a fast growing software company with a client list that reads like a who’s who of Silicon Valley, we began talks with some of the best VCs about the possibility of doing a series A. Having their portfolio as your client base certainly makes getting a meeting easier…

Meeting with various partners and firms, our eyes were opened to just how staggering the growth rates that their most successful companies achieved. What also became apparent is that most VCs have a playbook — what to do when you need to scale something, and you need to scale it fast.

VCs’ approach to culture varies a lot. Some are very engaged in it, others less so. As one person said to me: “I’ve never been to a partners meeting talking about the culture of the company that they are considering investing in.”

The further down the path we went, the more we realised that some aspects of those playbooks felt intuitively wrong for us as a company – specifically around sales and how you build a sales team to grow revenues quickly.

It made us think — what type of company do we want to build? Are we just afraid of the hyper growth that Silicon Valley is famous for?

I talked about this at length with my co-founders — both internally and in discussion with companies that had variously raised, hadn’t raised, had grown and had shrunk.

It wasn’t until a few months later that we came to an “aha” realisation. At Culture Amp we believe the world should be a better place to work — something we seek to achieve by building the world’s leading survey platform for People & Culture. When our customers buy our product they are meeting a need, and looking to utilise our expertise via our software, but they are also aspiring to be a better company — specifically a better culture.

I like to say “a brand is a promise to a customer, and culture is how you deliver on that promise”. For us, culture is our brand promise — if we, as a company, don’t put culture first how can we deliver on the very brand that we are founded on?

As soon as we realised that, everything made sense. Normally when you raise money you need to be able to prove you can scale your business model far enough and fast enough to engage some of the brightest people in the room. We’ve set ourselves a higher target — we not only need to prove we can scale our business model (to them), we need to prove we can scale our culture (to us). If we can’t do that then we can’t raise money — simple.

Just like the giants on whose shoulders we seek to stand (Australia’s earth shaking software companies like Atlassian, Campaign Monitor, 99Designs, Envato etc) we set out to change the world.

And we are doing this by building a culture first company.

As we head towards the end of 2014, I couldn’t be happier with the decision we made. We have tripled customers and revenue and are now growing at 10% month on month — all without taking any funding. Most importantly we have built an amazing team both in Melbourne and San Francisco.

Am I against raising money? No. The VC model consistently helps to build companies much faster, and much bigger, than could possibly happen without them. The question though has to be more than just how big? and how fast?

It has to be how well?

Will we raise in 2015? Maybe. But if we do, it will be to scale our culture — which is our business model.

Didier Elzinga is CEO/Co-Founder at Culture Amp. This post originally appeared on Medium.