Why startups need to work with governments to build smarter cities 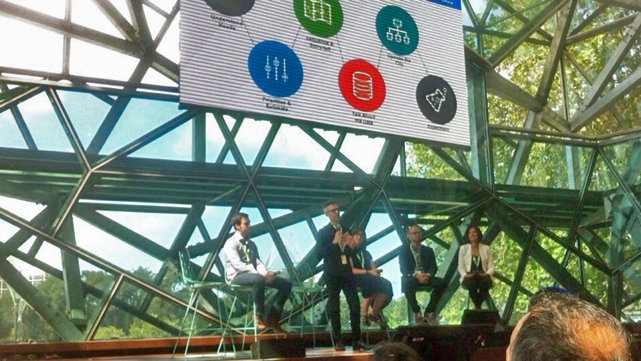 At the Pause Fest tech conference in Melbourne, a group of ICT, Internet of Things and sustainability experts came together to discuss ways to move Australia up the Smart City index.

While Australia boasts some of the world’s most liveable cities, rapidly evolving places like Mumbai and Barcelona are much “smarter” in using advanced technology and startup solutions.

The expert panel agreed that collaboration between citizens, startups, top levels of government and corporations was the best way forward.

“How do we enable startups to come up with their own IoTs and help roll them out at large?” Geisen said.

With the ultimate aim of improving liveability, Giesen said there has to be a bigger “hacking” culture to create solutions for customers and citizens.

He said an increase in hackathons and reward systems would bring Melbourne up to par with buzzing ecosystems like Berlin.

Changes to school curriculum were also highlighted as important in creating this change.

“We can’t have an innovation nation without a focus on STEM,” she said.

“The time is rife to start educating for careers in 20 years,” Walker said.

Melbourne Smart City Office strategy lead Bonnie Shaw said they are keen to work with startups and start prototyping or testing projects in the city and lives of citizens.

When building new ideas, creators should design with this in mind: “What do you owe to your family, career and life?” Cisco digital director Harley Young said.

As refugees and new people move into Australia, he said technologists and creators had an opportunity to develop integrated communities that help citizens connect and feel included.

He pointed to Rio di Janeiro’s use of technology to tear down silos and merge business centres by integrating more than 20 cities into a central command centre.

Similarly, Barcelona treats itself like a “live-in laboratory” he said with smart water and smart parking technology leading to 47,000 new jobs.

One of these initiatives is free WiFi at a public park, which lets council collect information on park visitors, how they use it and why.

He said government transparency is also necessary to ensure data is used to improve citizen lives and not suppress basic freedoms.

“The one thing that government needs to do is make people aware of the trade-off when they give up all this data,” he said.

“If we concentrate on usability instead of technology for technology’s sake, we’ll advance very quickly.”

Reflecting on Tesla’s development of driverless cars, Walker said they wanted to build a vehicle that didn’t lose value over time.

With better transportation “on our doorstep” Walker predicted that private car ownership will drop significantly, impacting things like demand for multi-storey car parks and the ability for elderly people who can’t drive to reconnect with society.

“It will be interesting to see the dynamic of change,” he said.

“There needs to be a human benefit at the end of it.”