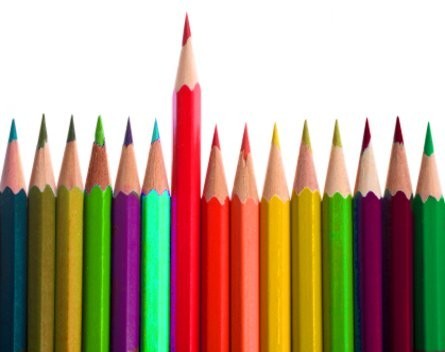 Swatchmate, a hardware device that perfectly captures and matches colours, was born after co-founder Paul Peng had to hack out a piece of the wall he was trying to repaint with exactly the same colour, and realised there had to a better way.

While there were a range of options, Peng says they all cost thousands and he realised a gap for a similar, cheaper device in the home renovation and do-it-yourself space.

Peng went on to create a cube device for matching colours as an engineering project at university. The three Swatchmate co-founders recently graduated from the Melbourne University Accelerator program.

Peng told StartupSmart they decided to run a Kickstarter campaign as the most efficient way to achieve their two major goals of raising $50,000 for their first small manufacturing run, and awareness about their product.

“We thought Kickstarter would be a good way to raise funds, but also to create promotional marketing hype for our launch,” Peng says. “It’s good at getting people who have never heard of you excited, so it’s validation as well, whereas with an angel investor it’s a bit more of an isolated process.”

The Swatchmate team explored a range of crowdfunding platforms. They decided to go with Kickstarter as it had recently launched in Australia and had a better track record with devices and gadgets.

“Our crowdfunding campaign could definitely fail, and it’s something we’re very scared of,” he says. “The most difficult thing for the team now is working out the long-term value and plan for the product.”

They’re planning a small first run, and liaising with a range of Melbourne-based manufacturers.

“We want to have control over the quality, and to learn about the whole process so if we need to scale up and go overseas we’ll know what to ask about and watch for.”

They’ve also began discussions with a range of possible wholesale partners, which has partly alleviated Peng’s concerns about the long-term strategy for the product.

“If the Kickstarter campaign doesn’t work, the best strategy for us will be to talk to wholesale and distributor companies to form some kind of arrangement to get it on the shelves as part of an existing range,” Peng says.