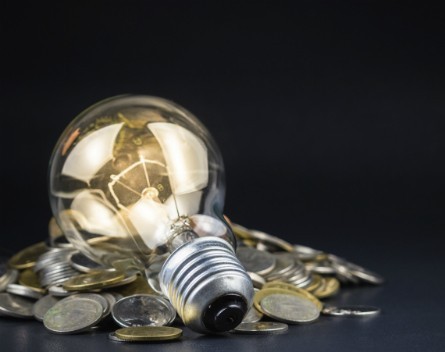 There is talk of an ‘investor drought’ among my fellow angel investors.

We are worried that the lack of clarity in the innovation statement, which doesn’t come into effect until July, may cause the angel funding pool to dry up for the next few months. As a result, startups might die because they can’t close a funding round.

But angel investors shouldn’t base their strategy on tax benefits.

I want to share a few stories of a hypothetical angel investor called Bill who isn’t waiting for the innovation statement to come into effect.

Bill invested in a startup in February 2016, he didn’t wait until July. Bill made ten times his money when the startup was acquired five years later.

Bill’s friends said ‘no’ to the same startup and made $0. They claimed the tax offset via another company after July though. That company declared bankruptcy six months later.

Bill invested in a seed financing round in February 2016 – he didn’t wait until July. Bill’s friends invested in December 2016 with other Series A investors at twice the valuation Bill got. Bill’s friends cashed out in November 2026, almost 10 years later, at a $2 billion valuation, mainly because they don’t want to pay capital gains tax.

The founders of the startup then figured out the Chinese market and made five times their average revenue in one quarter. The public market went crazy at the IPO.

Bill waited till the IPO. He held his shares for 11 years and can’t claim CGT exemption. Bill still made more money than his friends, even with the $40,000 tax offset, the CGT exemption and “time value of money” taken into account.

Bill invested in a deal in August 2016. The company made $200,001 in the previous income year, so Bill can’t claim the tax benefit again. Bill made 100 times his money at the IPO eight years later.

Bill’s peers said “no” to the same deal. Bill bought beers for his peers with his IPO money and still has change left over.

If you follow a portfolio approach and you know about the “power law distribution” for your return, your one best investment will return more money than the rest combined – then the CGT exemption can reduce the required return to make up your whole fund.

If you miss out on that great company because you waited, angel investor Bill will do better than you with his sub-optimal strategy.

Let’s assume we define angel money as investment rounds at less than $10 million valuation and that the investors are aiming for more than ten times return after five to seven years, with exit being either an acquisition or an IPO.

If the government wants to encourage the right investors to put money into these kinds of activities, why not just make any sub-$100 million valuation exit tax-free?

I think this simple rule will attract the right crowd with a long-term plan and a big war chest to put their money to work. They will save taxes on the small wins, offset some taxes with the write-offs, and eventually pay tax happily when they hit a monster win.

Don’t restrict the investment timeframe because we can’t force liquidation events. Angel investments are not liquid. By imposing a 10-year time frame on the tax benefit, we may cause unnecessary tension for the company around the 10 year mark.

Don’t restrict the investment terms, let it be an equity round, a convertible note, with normal or preference shares, because we don’t want to distort the market.

Don’t restrict the investment vehicle, because the money can come from a person, a family trust or a self-managed super fund. Otherwise, lawyers and accountants make money not startups.

Also, an interim solution between now and July would be really good too, like an appeal mechanism for any investment made before July.

A wise man once said, “tax benefit is a sweetener, never the reason”. Angel Investor Bill’s strategy is not optimal, but don’t optimise your strategy around tax benefits.

You may miss a unicorn because the filters and restrictions set by the officials may not be optimal either.

Rayn Ong is an angel investor and a member of Sydney Angels, working closely with the Startmate and muru-D accelerator. The full post was originally published on Medium.