The startup ecosystem needs to regain control of the innovation agenda 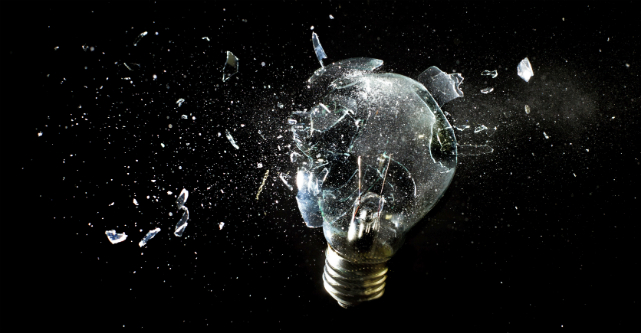 This month the godfather of startups in Australia Mick Luibinskas announced that he and his family are leaving our shores to pursue life in the US.

In a passionate post, Mick said he was both disappointed and excited about the move. He said it was necessary to leave in order to continue to support Australian Startups to break into markets outside Australia and South East Asia.

This follows the announcement that Hamish Hawthorn was leaving ATP Innovations on 1 April after 11 years with the accelerator during which he raised more than $150 million for its portfolio companies and achieved eight successful exits.

So with all the recent activity and announcements around entrepreneurship and innovation, why is it that two of our most focused and driven entrepreneurs, who have helped so many startups, feel compelled to go?

It’s because the government driven agenda is slow in helping Australian startups to scale and grow globally.

We need people like Mick Luibinskas to trailblaze and support Australian startups from a lived experience.

His decision to move to Silicon Valley will benefit us all.

Luibinskas says what we all know: “It’s also time for Australia’s ecosystem to go to the next level. A lot of good people have done a lot of great work but we have also underachieved and we have gone backwards internationally.”

But we are still lagging behind.

How has all this happened? It is in part because the entrepreneurial ecosystem has been fragmented and dispersed – we haven’t had the capacity or necessity to lead the agenda or drive the discourse, until now.

Something magical is happening, which I believe started with a level of dissatisfaction with the limited government agenda and the obvious leaning towards a select group innovators appointed as the government’s ‘ambassadors’ who do not represent our diversity or size.

Despite the diversity of the entrepreneurial ecosystem, we come together quickly at every opportunity to connect and collaborate.

We know that you can only grow by sharing and collaborating.

I am privileged to be part of a number of initiatives that are creating the space for greater connection, engagement and collaboration.

When push comes to shove, you set aside differences because you are committed to the cause – to drive change where it is needed, disrupt the status quo and drive the development of a connected or joined up innovation and entrepreneurial ecosystem.

Since launching the National Innovation and Science Agenda late last year, the Turnbull government has released a number of initiatives attempting to corral, support and enhance the ecosystem. But does this government really get it?

The government is attempting to drive the agenda without engaging with the backbone of the ecosystem – the organisations and individuals that are creating opportunities for entrepreneurship and innovation. The ones that recognise that while science and technology are important, there are other features and conditions to harness the creativity of entrepreneurship.

You cannot corral or contain innovation, you cannot throw money at it expecting an outcome or success. This itself is counter-intuitive to what innovation and entrepreneurship is all about.

The very core of innovation and entrepreneurship is solving a problem and in the process trying new things, failing and learning. It is chaotic and messy, it is agile and moves fast to correct the wrongs – that’s why it works.

The role of the government should be to seek counsel from the ecosystem and to create the right conditions through incentivising investment, mitigating the talent drain through more flexible visas, providing early-stage support for startups and to become a customer of the startups, engaging them to solve the government problems.

We are grateful for the government’s attention and the efforts but we can take it from here, because we get things done faster, cheaper and often better.

It’s time to get moving – to take control of the narrative and get this show on the road.

This is a clear signal to politicians and bureaucrats that the ecosystem is coming together and is more connected than ever before. It is leading the change.

The desire to contribute and the energy to deliver are evident, when leaders of the innovation and entrepreneurship ecosystem come together there is hope and optimism about the future.

We need each and every member of the ecosystem to now step up to the plate and create a new narrative.

A number of initiatives are building a networked ecosystem that signals unity of purpose and sets the agenda for government to follow.

After all that is what we do best: we get stuff done. We move the dial and we grow.

Bill Bartee, co-founder of Blackbird Ventures is right when he says: “There’s a difference between interest and commitment, …If we’re really going to succeed, there has to be a real, real commitment.”

“I’d encourage everyone to understand the difference between interest and commitment. It’s vast.”

So what is the agenda?

It is really simple: