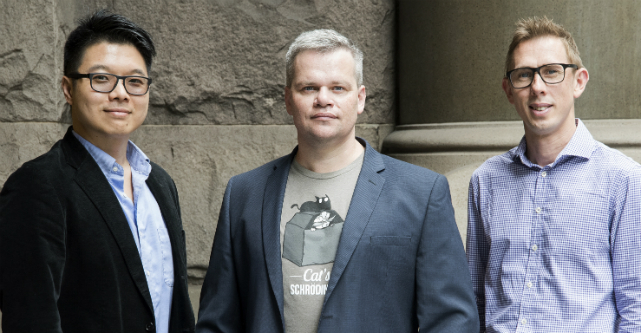 Three former tech experts at realesate.com.au have jumped ship to launch their own startup after spotting a gap in the market.

Andrew Brown, Serge Kotlyarov and Max Sim were working together at the REA Group when they saw an opportunity with the company’s main focus on residential listings, not commercial spaces.

“The sister site Real Commercial just didn’t really get any time and the search just really doesn’t have enough power behind it,” Brown tells StartupSmart.

“We used to hear the end tenants being frustrated with the experience so we just sort of saw a real gap there.”

The three entrepreneurs have now launched Jagonal, an online platform that they say is Australia’s most advanced office space search engine.

The startup has more than 6000 offices listed for sale or lease.

They’ve also signed up more than 40 of the major real estate brands.

At its core, Jaganol is powered by a highly skilled founding team, he says.

Brown says he heads frontend product and client facing while Kotlyarov, who was instrumental in REA Group’s expansion to overseas markets, is heavily technical and Sim, bringing in experience from Seek Asia and the like, is their marketing man responsible for beefing up the site.

Jagonal launched in beta in April last year, and Brown says this process was all about seeing what the users wanted from the platform.

“We were getting out there, talking to agents, owners, tenant representatives,” he says.

“It’s kind of been a product that’s been built very closely with what the industry wants as well as what the end user tenant wants,” he says.

Brown and his team spent nine months in beta testing before officially launching this week.

With $2.3 million in seed funding to get their product to this stage, they are now planning to open a Series A round of $6 million to help them enter South East Asia with Singapore being the launch pad.

“A lot of strong interest has come from Asia and the US as well,” Brown says.

“It’s all about growth.”

The trio say they left the REA Group on good terms.

“We still chat to our various competitors and such so we’re not stepping on major toes,” Brown says.